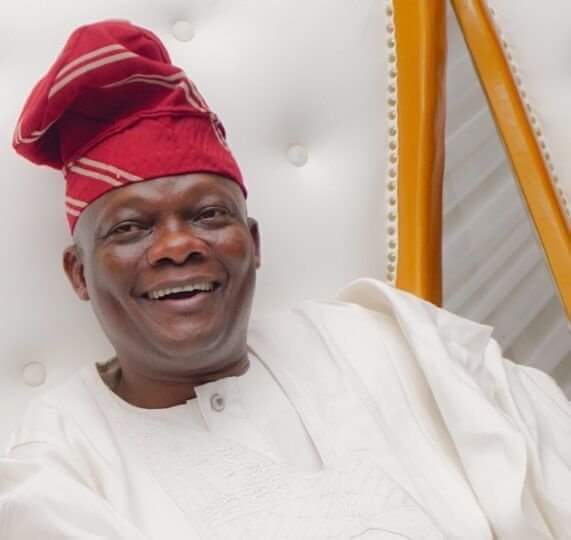 The Governorship candidate of the All Progressives Congress (APC) in Oyo state, Senator Teslim Kolawole Folarin has described the impeachment of the Deputy Governor of the state, Rauf Olaniyan as illegal and lack of respect for the rule of law.

He also appealed to members of APC in the state to remain calm, adding that the deputy governor, who has since defected to the major opposition party would appeal the impeachment in the Court of Appeal.

He said APC would not relent in providing alternative to unruly and undemocratic acts of the Peoples Democratic Party (APC) led administration in the state.

Folarin, who advised the Oyo State Assembly’s legislators to remember that posterity would judge whatever they do today, said the process, which they follow in removing the deputy governor contradicts the tenets of the Constitution.
The third term senator in a statement he personally signed in Ibadan on Monday, said the committee set up by the Chief Judge of the state to investigate the deputy governor also showed it lacks integrity.

He queried why the committee would give the deputy governor just 15 minutes to appear before it, adding that the chief judge breached his oath of office by ignoring the service of notice of appeal and application for injunction pending appeal when he proceeded to constitute the investigation committee.
According to Folarin, despite the intervention of the legal adviser to the deputy governor that he needed time to prepare himself for the allegations leveled against him, the Chief Judge set up committee to carry out his bidding.
He said the illegal impeachment does not stop the court of appeal and by extension the Supreme to do their job in days to come.

He also expressed reservation over the way the State’s Chief Judge set up a 7-man committee, there are more questions to be asked over the hurry behind the process.
Folarin harped his conviction on reasons the impeachment of Olaniyan would not just fail but that the consequences would, in the nearest future, hunt those orchestrating it on the fact that similar moves in some states failed.

He described the lawmakers action as a pure disregard to the laws of the country because a service of notice of appeal and application for injunction is pending when the Chief Judge proceeded to constitute the investigation committee.
Folarin assured Olaniyan that APC would stand by him in this period of his ordeal.