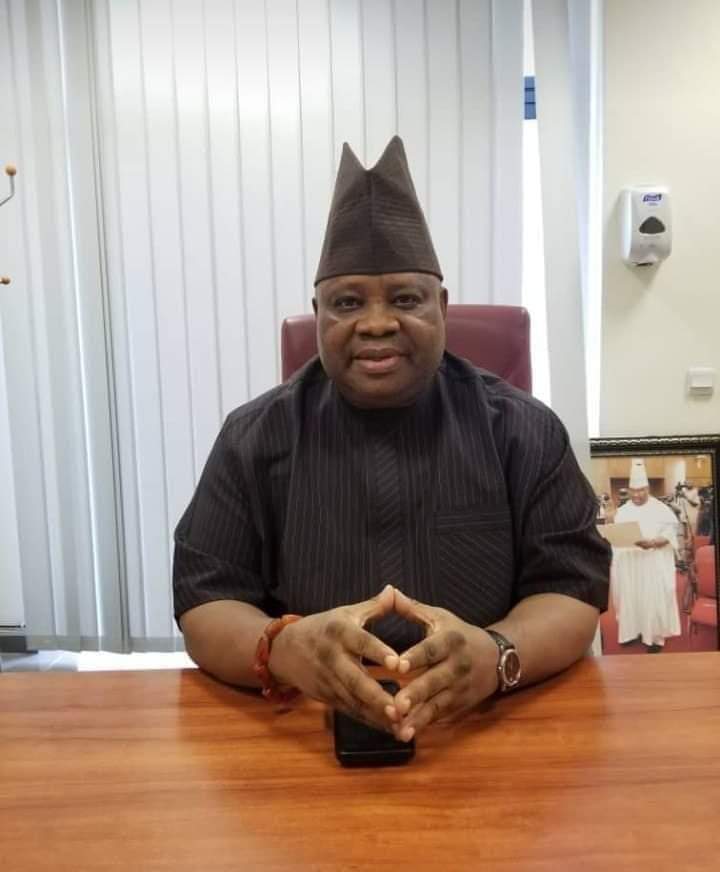 Ademola Adeleke, governor-elect of Osun state, says some associates of Rauf Aregbesola, minister of interior, worked for him during the governorship election.

The governor-elect spoke in an interview aired by Channels Televison on Monday.

On Sunday, Adeleke, candidate of the Peoples Democratic Party (PDP), was declared winner of the Osun governorship election.

Adeleke secured 403,371 votes to defeat his closest contender, Gboyega Oyetola of the All Progressives Congress (APC), who polled 375,027 votes.

Prior to the election, Aregbesola and Oyetola fell out over the tussle for control of the Osun APC leadership.

The minister was also absent during the party’s campaign in the state, and did not vote in the election.

Speaking on the claim that Aregbesola supported the PDP, Adeleke said he did not work with the minister on his governorship bid.

“I did not work with Aregbesola. I didn’t even talk to him, but all I know is his associates, for example, Kolapo Alimi, one of the lawyers that represented Oyetola at the tribunal,” he said.

“Then, anytime I saw him (Alimi) in court, because I’m a civilised person, I will go to them and greet them and say ‘how are you doing?’ It was later he apologised and said ‘he was thinking ‘why is senator Adeleke greeting me? We are trying to mess him up and he is still greeting me’.

“But he later told me that while I was greeting him, I didn’t know that I was giving them poison. They knew that I won the election and they rigged me out and I was still greeting them. I believe that Aregbesola and Oyetola fell out.

“He (Alimi) came to me and said he has watched me and that he wants to join our party and we accepted. But Aregbesola directly? No. But we know a lot of top APC that joined.

“Assuming that I had been talking to Aregbesola one way or the other, then I would say that maybe he gave them go-ahead to support me.

“These people have grown; they have their own minds to decide if they want to join me or not. They believed that I was the one to beat and they came to me. I won’t know whether Aregbesola gave them go-ahead or not, because I have not been talking to Aregbesola.”

Asked what was his reaction when Oyetola and Aregbesola fell out, the governor-elect said he thanked God for the development, while admitting that the conflict paved way for his victory.

“I said God is good. These (Aregbesola and Oyetola) are the people that colluded that time. They were together. Kolapo Alimi told me the truth that they robbed me. Even the president said it when he came over here that they won the election through remote control,” he said.