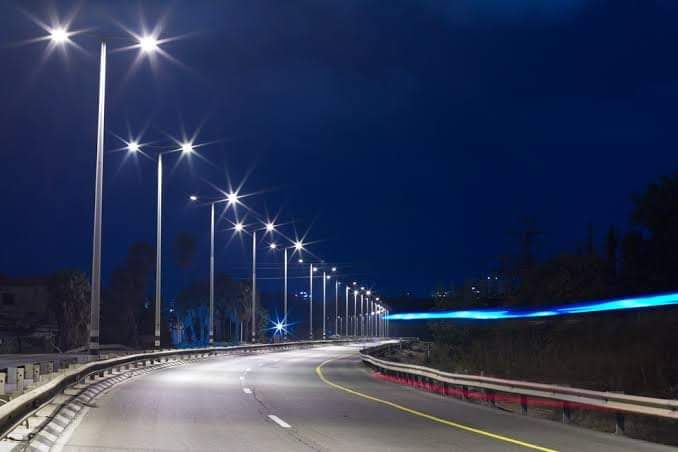 The administration of Governor Babajide Sanwo-Olu is set to take another step in actualizing its vision for a Greater Lagos by replacing all streetlights in the State with smart LED lighting. The Streetlight Retrofit Project was unanimously approved by the Lagos State Executive Council in furtherance of the T.H.E.M.E.S Agenda of the administration.

Making Lagos State a 21st Century Economy by leveraging private sector partnerships to accelerate infrastructure interventions is one of the key initiatives promoted in the agenda.

One of the features of the LED lighting system is the use of significantly lower energy to produce the same amount of luminosity. In the pilot phase of the project, it was determined that LED lighting resulted in a reduction of up to 60% of the operations and maintenance costs of streetlight infrastructure.

A smart LED streetlight system is one of the enabling technologies for a Smart City; the intelligent nature of this street lighting system enables remote management of streetlight assets ensuring enhanced performance management (fewer breakdown complaints and shorter repair times).

As Lagos State evolves to a Smart City, the utilization of smart and energy efficient streetlights is vital in ensuring improved Government service delivery in areas of security of lives and property of Lagosians and environmental sustainability (reduction in Co2 emissions from reduced energy consumption of energy efficient luminaires) whilst also improving socio-economic activities in the State by enabling a functional 24-hour economy.

This Streetlight Retrofit Project underpins the Lagos State Government’s commitment to ensure full public lighting coverage across the State. The expected cost savings from the proposed retrofit in the medium to long term will be further utilized for the expansion of streetlight network across Lagos towards achieving full lighting coverage for all Class A and B roads as well as designated public spaces.

LEDCo Limited is a Private Limited Liability Company duly incorporated under the Laws of the Federal Republic of Nigeria, formed by Low Energy Designs, UK, a leading Smart LED lights manufacturing and installation company with over 12 years of experience as a pioneer manufacturer of LED lighting in Europe and extensive LED engineering experience in the delivery of LED lighting across the world.

Full implementation of the Streetlight Retrofit Project is expected to span six (6) months with estimated project completion timeline of June 2021. The project will be implemented under the close supervision and management of the Ministry of Energy & Mineral Resources, through the Lagos State Electricity Board.