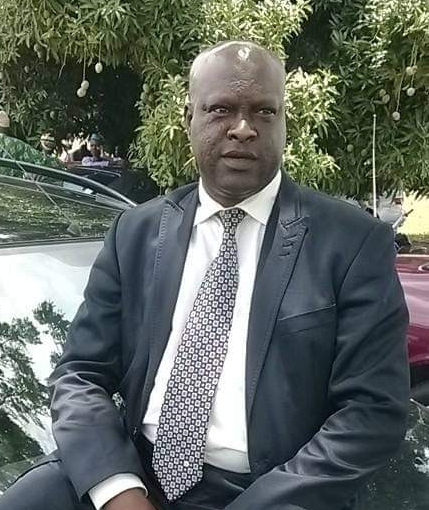 ODUDUWA NEWS Crew: Can we meet you?

I’m Ahmed Shuaib Adeniyi Ejalonibu, a native of Saki, the headquarters of Saki West LG.
I’m a graduate of Political Science from Obafemi Awolowo University and a retiree from Oyo State Local Government Service Commission. I served meritoriously for 35 years before I retired early last year (2022).

Q: Why are you contesting for senatorial seat?

I’m from Oyo North Senatorial District, also it’s my civic right, and I believe that I’m qualified to contest.

Q: What are the expectations of the people of Oke-Ogun and Oyo North at large from you?

Before now, Oyo North is underdeveloped in terms of infrastructural development, be it education, health and other infrastructures that are supposed to be done by Federal Government. Our roads are in a very bad state, we are fortunate to have NTA station in Saki at the same time with Oyo & Ogbomoso, it’s saddened that since then Oyo & Ogbomoso own are perfectly working while Saki own is nothing to write home about, aside that, there are other institutions and parastatals that should be available in Oke-Ogun because of the distance of Saki to Ibadan & Ilorin.

My Constituencies, Oke-Ogun in particular is far behind in the comity of developed communities in Nigeria. By virtue of my position as a retired Director in the Local Government, I had the opportunity to travel far and wide in Nigeria and within West Africa. It will surprise you that some countries are not endowed and famous as Oke-Ogun but they have basic amenities. Oke-Ogun suffers quality and efficient power supply and I mean electricity that would be useful for the people, for example in some part of Oke-Ogun, whenever they bring light, hardly can you use it to charge your phone, it’s bad as that and if I am elected, these are the things I will work on to emancipate my people.

Q: Can you tell us why you should be elected for the seat?

Oyo North can be divided into there, Ogbomoso with 3 Local Government, Oke-Ogun 1 with 4 Local Government and Oke-Ogun 2 with 6 Local Government Areas. Ogbomoso with 3 LGs namely Ogbomoso South, North & Orire LG has produced Senator for 3 terms, Oke-Ogun 1 consisting of Iseyin, Kajola, Iwajowa & Itesiwaju has produced Senator for two terms while Oke-Ogun 1 consisting of Atisbo, Saki West, East, Oorelope, Irepo & Olorunsogo has produced less than one term Senator, by this I mean Late Chief R.B. Koleosho from Saki who always say it that it was Ogbomoso people that voted for him, that was why I said less than one term Senator because his tenure was half Ogbomoso half Saki. So, with all this, I think it’s Oke-Ogun turn to represent the people of Oyo North because they have been seriously marginalized and this does not mean representation alone but on Infrastructural facilities and development.

Q: What have you been doing for the people before seeking elective post?

Like I said, I am a retired public officer, there’s little that could be done because I wasn’t an elected executive officer. It’s only an elected executive officers that have that opportunity to have the resources to do projects, but in my own case, I can only influence, and to God be the glory, I have been able to facilitate the grading of my local roads, I mean the area I live, that’s Rishard Community 2, and on yearly basis, I make sure that I use my influence to bring grader to my area. Though, I only fuel grader for the road leading to my area and when other streets are contributing for theirs, I do support them even beyond the amount each individual asked to pay.

Secondly, I was able to influence the construction of a large bridge constructed by Ogun-Osun River Basin, the executive officer there, Professor Hamidalat Bola Olaniyan was one of my school mates who we graduated together from Ansa-rudeen High School in 1981. With the support of my people, we were able to reach out to her and they constructed it. She used her influence for us, the bridge is there for anybody to see.

Again, to God be the glory, I have a borehole in my house and I ensured that I made extension outside for people to tap from it and get water whenever they want it. Be that as it may, I’m the Chairman of the Security Committee of Richard Community 2, and with my position as Chairman of the committee, we have been able to organize vigilante, that’s for the protection of lives and properties in my area. Before then, there had been cases of burglaries and other vices, like seeing some young guys smoking Indian hemps and other hard drugs on a broad daylight and ever since we have that security Committee, we have been able to subdue those social vices.