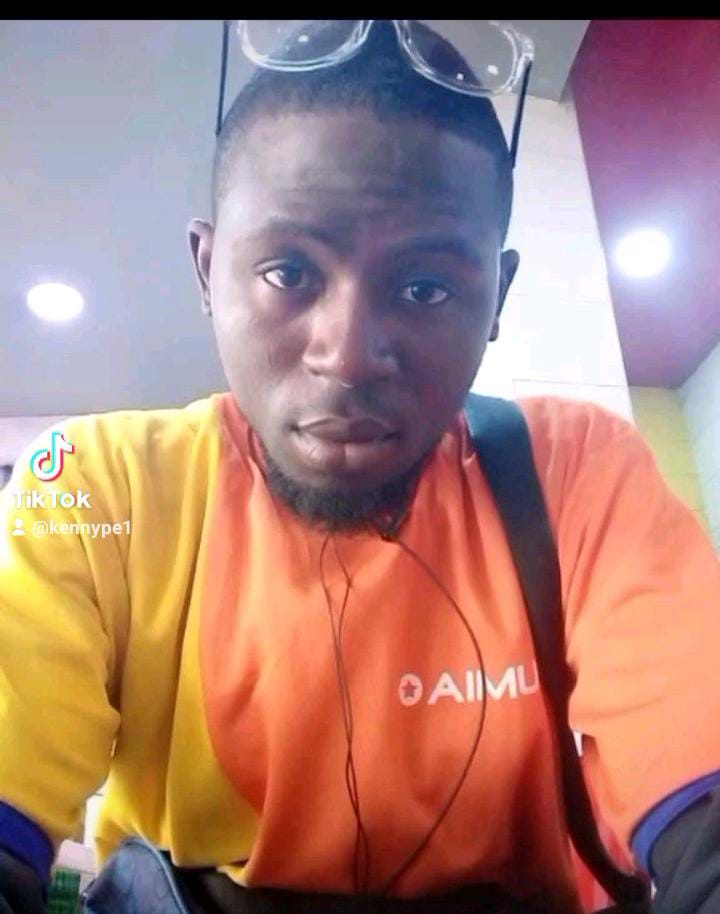 Late Agbo Godwin, Dispatch Rider with Jumia Online Shopping, was riding his motorcycle, when he was knocked down by a man following an argument on Friday, 6th of December, 2023.

Following the incident, the victim was rushed down to two neighboring hospitals but rejected. The driver was taken to Oluyole Police station, and later transferred back to Iyagunku Police Station.

Police officers from the Iyaganku Police station visited the scene at Mobil axis of Ibadan, took the corpse to Oke-Ado Hospital.

On Saturday, residents and traders around the scene confirmed that the incident left the community shocked and devastated because the rider left the main road, and the driver followed him to where he was eventually knocked down.

Forte Oil attendant, Ambrose, noted that “the driver was driving at a very high speed, and Godwin’s bike was in the front. When he drove away after hitting, and passed through the one way as a bid to escape. Luckily, a trailer was making a U-turn and this how he was caught by the two riders that ran after him.

Another eyewitness, Sunday ,who is a shoe trader, confirmed that the driver was rescued from an angry mob. According to him, “The victim was still alive at the point he was crushed. I begged the people to help take him to the hospital, and we did but he was rejected. I was the one that sat with the driver on the same bike. When we got back to the scene from the hospital, he attempted to run away.

“This was when we took him to the station at Oluyole. We were given two police officers to follow us down to Iyagunku. It was the police that came for the corpse”.

According to the wife of the deceased, Taye Agbo, “We were eating together in my shop, and he received a call, which seems to be an order. He told me that he would be back, and by the time I called him to take us home with our three children. I was told that he had an accident. I rushed down to the place, in order to take him to the hospital, and I saw his dead body on the ground.

“The people held me back, H heard many stories. I was told that he left the Express road, and the driver followed him at a very high speed. People saw his actions, and we begged the world to know his intentions. He was killed at the entrance of Forte Filling Station at Ring road, Ibadan. They prevented me from moving close to him. This was when I called his sister, Esther Agbo to come down to the place.

The deceased’s Mother also noted, “I sent my Grandchild on an errand, and the child came back to tell me that people are saying Goddy is dead. I was not comfortable, and I told people to help me call him, and I was told he is not reachable. I was worried because his wife’s number was not reachable, so I started seeing people. I knew something must be truly wrong. I was told that he was hit by a car.

“If I don’t see him in the morning, I won’t have my rest. I lost my husband in 2019 with a son the following year. This is the third person I am losing in the family. I am pleading to the entire Nigerians to come to my rescue. This is a burden, I don’t have strength to bear.

From the office of Oyo Police Public Relation Officer, SP. Adewale Osifeso, said, “The matter is under investigation. Updates would be provided to the general public, accordingly.”