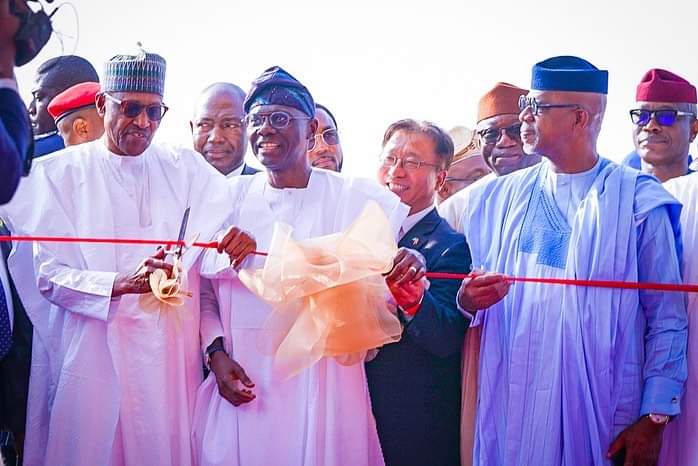 The Lagos State Governor, Babajide Sanwo-Olu had earlier notified the public of the invitation extended to the president to come to Lagos for the commissioning of Deep Seaport, the Lagos Rice Mill, Imota, 18.75killometers Eleko-Epe rigid pavement six lane Expressway, First Phase of the Blue Light Rail from Mile Two to Marina and the John Randle Centre for Yoruba Culture and History.

According to the governor, the president will be on a two-day working visit and his first port of call was the Lekki Deep Seaport.

Buhari had commissioned one of the project, Lekki Deep Seaport after inspecting the guard of honour at the parade ground.

It was gathered that the other projects shall be commissioned by the President before his departure.