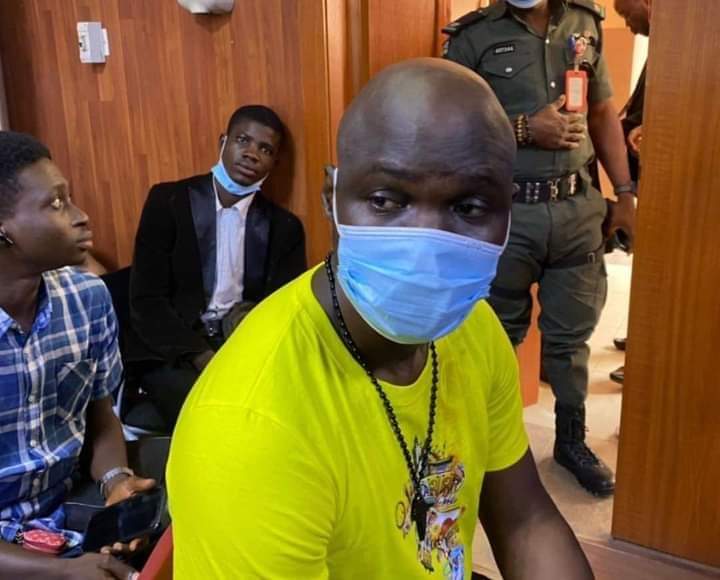 Nollywood actor, Olanrewaju James alias Baba ijesha has been sentenced to five years imprisonment after he was found guilty of indecent treatment and sexual assault of a minor which occurred between 2013-2014.

Justice Oluwatoyin Taiwo of the Lagos state sexual offenses court sitting in Ikeja found that the prosecution successfully proved counts 2 and 3, that he indecently placed the then seven year old child on his laps and rubbed her private part.

He was also found guilty of counts 4 and 5, where he was accused of again indecently touching the same minor and sexually assaulting her seven years later at her home by rubbing her body and sucking her fingers.

The minor is a foster child of comedienne, Damilola Adekoya aka princess. But justice Taiwo found him not guilty of count 1 which deals with allegedly sexually assaulting the minor by penetration with his car key seven years ago.

The court also found him not guilty of count 6, where he was accused of attempted sexual assault by penetration during another encounter with the minor in April 2021.