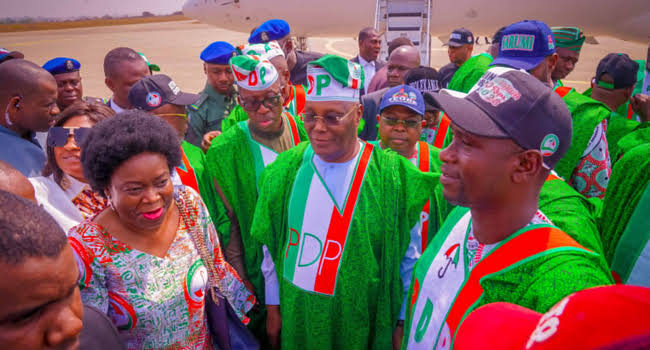 Governor Seyi Makinde of Oyo State was no where to be found at the recently held presidential campaign of the Peoples Democratic Party (PDP) candidate, Atiku Abubakar, in Ibadan

Atiku was in the state to campaign for Oyo electorates’ support as parts of effort to actualise his quest to become the next Nigeria’s president.

Seyi Makinde was among the five, aggrieved governors of the PDP, who vowed not to support the party’s presidential candidate unless the national chairman of the party, Senator Iyiochia Ayu resigns the position.

Governor Makinde was not present at the campaign rally held at the state capital.

It was also reported that the National Assembly candidates of the party in the state were all around at the event.