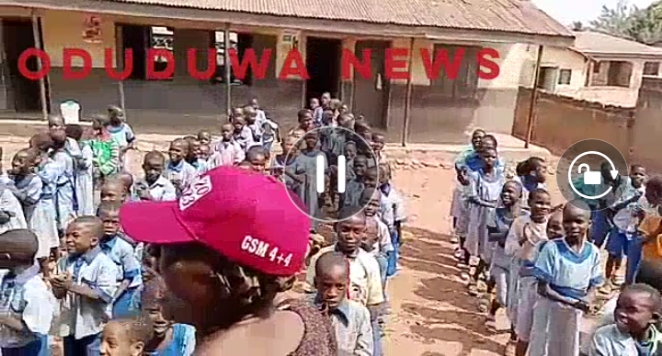 Meanwhile, people have begun reacting to the viral video circulating online where some teachers of one of the primary schools in Ibadan, Oyo State had turned assembly ground to a PDP campaign rally.

One of the leading teachers who wore a face cap with inscription of ‘Governor Seyi Makinde for second term’ (GSM 4+4) was seen telling the pupils to be chanting PDP solidarity songs and to deliver such message to their respective parents and guardians.

Meanwhile, as at the time of reporting, Oyo State Government has not released a statement on it.