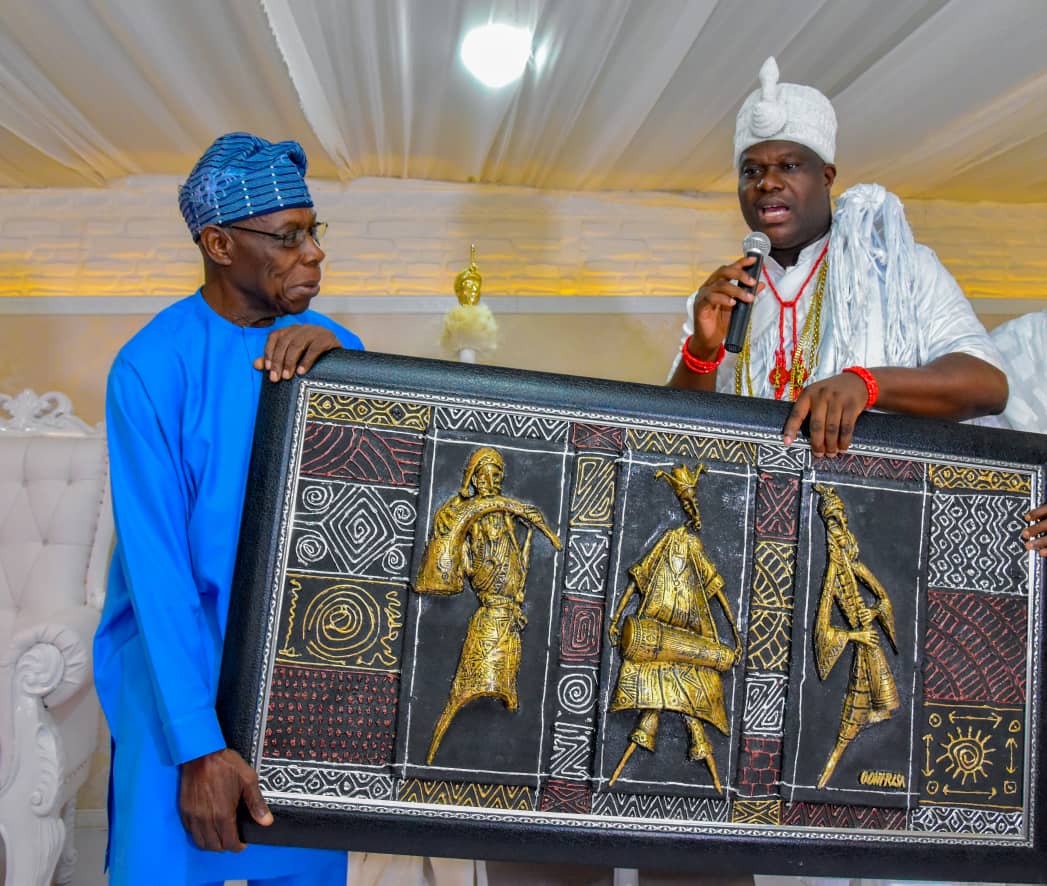 The former President of Nigeria, President Olusegun Obasanjo has attributed the EndSARS Protest as an agitation that needs urgent attention from President Buhari.

Obasanjo made this statement known yesterday during his courtesy visit to Ooni of Ife, Oba Ogunwusi Ojaja II at his Palace in Ile-Ife.

Earlier in his speech, former President Obasanjo explained that the #EndSARS protest is a product of an extensive agitation of the Nigerian youths that needed to be attended to by the government.

“Over 65 percent of our population are under the age of 35 who look up to the best in life who struggle for education, some of them didn’t even get educated while those who are educated get frustrated because of lack of opportunities. We must realize that the lid on the boiling steam would have to be removed.

On the attack on Governor Gboyega Oyetola’s convoy by some suspected political thugs at the venue of an #EndSARS protest in Osogbo, Obasanjo joined Ooni who is the permanent Chairman of the Osun State Council of Traditional Rulers, in describing the incident as unfortunate.