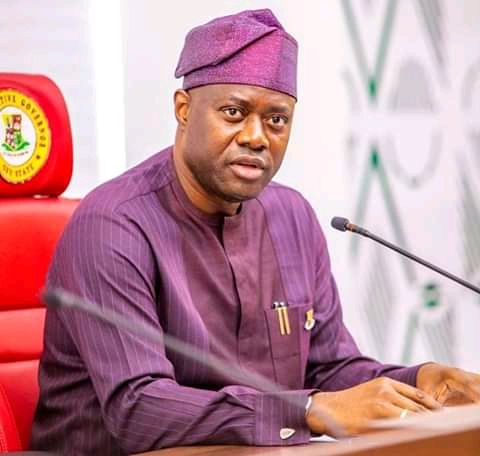 There has been indication that the disagreement over religious issues between Oyo State Government and Muslim Community might have taken a new dimension with recent allegation of marginalization of Muslims in some state schools alleged to have been carefully carried out by some secondary school principals in Oyo State.

ODUDUWA NEWS gathered that the Muslim Community has petitioned Oyo State Government over what it termed as ‘waging of war against Islam’ by some overzealous school principals.

The body strongly condemned alleged oppression of Muslims in education sector by officials of Oyo State Government under Governor Seyi Makinde, warning that the state is not a Christian Republic.

In an open letter signed by its Chairman – Alhaji Ishaq Kunle Sanni and Secretary-General- Alhaji Murisiku Abidemi Siyanbade, Oyo State Muslim Community lamented that the government officials flagrantly trample on rights of Muslims in all sectors, with reckless abandonment by Governor Seyi Makinde.

The Muslim Community noted that Oyo State Teaching Service Commission is being used to oppress Muslims as the government’s patsies.

The letter reads in full:

OPEN LETTER TO H.E. GOV. SEYI MAKINDE: ENOUGH OF THIS IMPUNITY – MUSLIMS CAN TAKE THIS NO MORE

We have watched silently as Oyo State Govt officials trample on rights of Muslims in all sectors, with reckless abandon. It is not possible we continue to ‘siddon look’.

Haba! What do officials of government take us for? All these nonsense must stop immediately.

For now, in this treatise, we will limit ourselves to how the Oyo State Teaching Service Commission is being used to oppress Muslims as the government’s patsies.

Information got to us that, the over-zealous Christian Principal of the school, with the fanatical nightmare that to get to Paradise, a Christian needs to oppress the Muslim in the name of spreading the gospel, to make heaven, single-handedly banned the use of hijab in the Community school, against the extant circular which allows use of hijab by Muslim girls in Community schools.

On hearing this, the Muslim Community, in obeisance to civility despatched a delegation to the school. When it met with a brick wall , we still went further for an audience with Chairman of the Oyo State Teaching Service Commission, Pastor Ayoade Alamu.

Pastor Alamu promised that within two weeks from the 11th February date of the meeting, he would resolve the matter and invite us for a feedback.

The two weeks lapsed on Thursday 25th February, 2021. He never got back to us. However, he has resolved the matter in his own way (probably as instructed by his boss, the Governor of Oyo State, His Excellency , Engr Seyi Makinde).

In the recent teachers recruitment exercise by TESCOM, no matter their teaching subject, even in areas of dire need, such as English, Mathematics, Physics etc, Muslim teachers posted to Christian-named schools are rejected and posted to Muslim-named or Community Schools.

Some of the schools where we have such issues include, among several others across the State : St Anne’s Grammar School, Molete-Ibadan; Ibadan Grammar School, Ibadan; St. Theresa’s College, Ibadan; Anglican Commercial Grammar School, Orita-Mefa, Ibadan; (for ease of reference, only schools based in Ibadan are listed, for now).

Muslims are now like table tennis ball, tossed around anyhow by Christian imperialist Principals, definitely as smokescreens, acting the scripts of their paymaster, the Chairman of TESCOM, Pastor Alamu, on behalf of His Excellency.

The question on the lips of every Muslim is, do we now have a Christian Republic of Oyo State?

For God’s sake, what does a Christian Principal lose when a Muslim female student in his school wears hijab? Why is it a burden for the principal? Is it a load placed on her head?

What do they gain from trampling upon the rights of the Muslims ? Why do they harass and physically assault a Muslim girl in hijab?

These are some of the questions begging for answers.

The current circular on use of hijab allows its use by female students in Muslim-named and Community Schools. Yet, many Christian Principals of Community Schools disallow it. A very near case is that of the new Principal of Prospect High School, Abanla -Ibadan, who met use of hijab in the school and decided on her own that, she would no longer tolerate it in her school.

It is the fundamental human right of every girl-child to be allowed to practice the tenets of her religion , which starts from covering her head as Islam compulsorily prescribes.

Therefrom, we ask that USE OF HIJAB BE ALLOWED IN ALL PUBLIC SCHOOLS, NO MATTER HOW SUCH SCHOOLS ARE NAMED. This will engender religious harmony in State.

REMINDER : ALL PUBLIC SCHOOLS ARE OWNED BY GOVT

It is expedient to remind the powers that be, that all Public Schools in Oyo State are owned by the Government. It is this same Government that pays staff salaries. This is, without any controversy, the correct position

WHAT IS THE POSITION OF THE LAW?

The 1999 Constitution of the Federal Republic of Nigeria, Chapter 4, Section 38 (i) and (ii) stipulates that:

‘Every person shall be entitled to freedom of thought, conscience and religion, including freedom to change his religion or belief, and freedom (either alone or in community with others, and in public or in private) to manifest and propagate his religion or belief in worship, teaching, practice and observance’

We hereby urge Your Excellency, Engr Seyi Makinde, the Governor of our dear State to stop
this discrimination against Muslims in their State, in all spheres, but particularly, for now, that we are addressing the Education Sector, among the innumerable injustices this government meets out to us, Muslims should not be treated as second-class citizens in their State. Oyo State is not a Christian Republic.

We are Peace advocates. But can there be Peace without Justice? Do Justice!