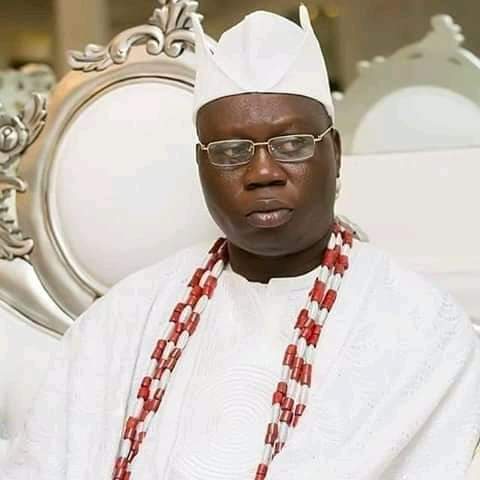 The Aareonakakanfo of Yorubaland, and the Leader of Oodua Peoples Congress (OPC) Iba Gani Abiodun Ige Adams on Sunday described the Arewa Consultative Forum,(ACF) and the Miyetti Allah Cattle Breeders Association of Nigeria (MACBAN) as jokers.

Speaking against the backdrop of the threats by the Northern group, and the Herders Association to attack the southwest in a reprisal mission, Aare Adams declared that any attempt by the north against the southwest will fail.

Adams in a statement by his Special Assistant on Media, Kehinde Aderemi, expressed concern about the security situation in the region,stating that threats of attack on the southwest can fuel further crisis in Ibarapa,Oyo and Ondo and will certainly affect the entire nation.

Adams stated further that the situation in the two states truly justified the huge security challenges perpetrated by herders, that had on several occasions kidnapped and killed many Yoruba in their various communities, adding that Yoruba are too well aware of the looming crisis in the country.

The Yoruba generalissimo, however, maintained that he would not be stampeded into falling into a pre-arranged trap by the political elites.

“By their inciting statements, the north are beating war drums. But we will resist any attempt by the north to turn our region to war zones and no amount of threat will stop us from securing our region from killer herdsmen”.

“From my findings, what is playing out in the last three days,(especially in the social media) it is evident that there are some enemies and political elements both within and outside our region are now using the bravery of Sunday Igboho as a coordinated attempt to soil my name, and also put my efforts in the past 28 years in the struggle to test”.

“My silence in the last three days doesn’t portray me as a coward, but by virtue of my position as the Aareonakakanfo of Yorubaland, I am bounded by my conscience and conviction to act accordingly when the time is right. And I must also consult widely before taking any action”

“What Igboho said was not even as damaging to the sanctity of the nation than the call for civil war by the ACF and the Miyetti Allah put together.The killer herdsmen are the major problem, but sadly the Federal Government remains silent”

“There are reports that the Fulani herdsmen have, in the past five years, killed over 300 Yoruba people from different communities while several other people have been kidnapped with abductors paying several billions as ransom”.

Adams, however, warned the North to stay away from any attempt to cause mayhem in the southwest, hence, the situation could degenerate into further chaos that might affect the entire nation.

“The Fulani, in their conqueror agenda since 1818 had caused alot of damages to the southwest. And it is clear that the south is their target, that is why anybody going against the the Fulani herdsmen automatically becomes their enemy”

Adams, however, urged the traditional rulers, the political establishment, the investors,and other sectors to be conscious and be well coordinated because it is now obvious that the southwest has been infiltrated pointing So that our case will not be like that of Rwanda.