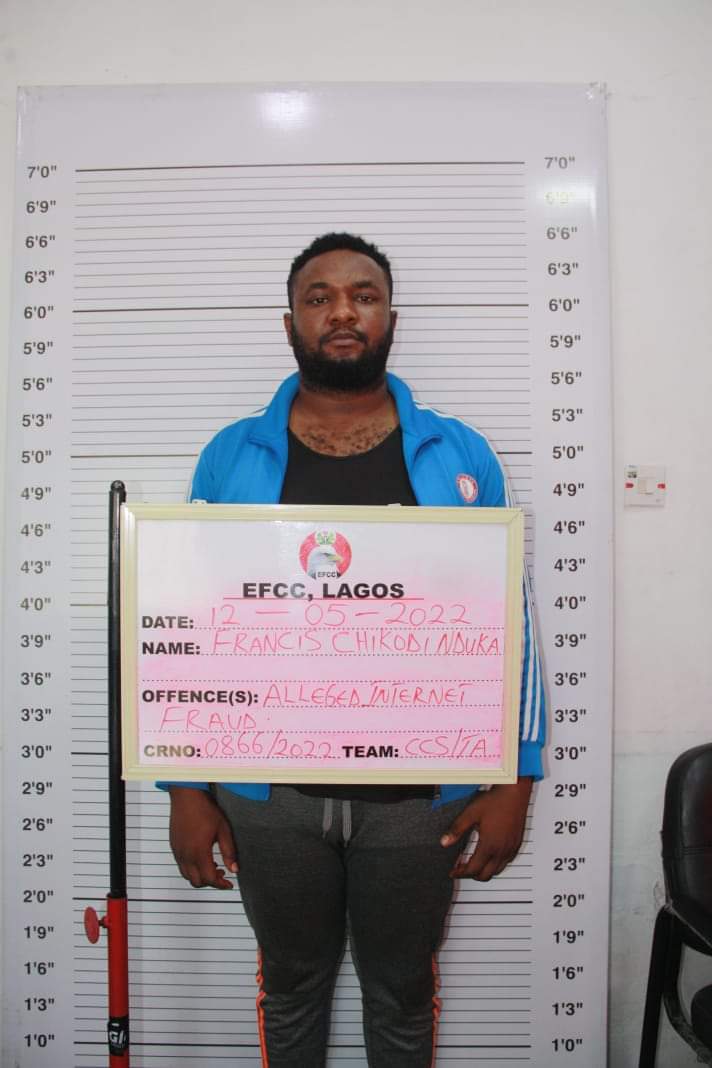 Justice R.A.Oshodi of the Special Offences Court sitting in Ikeja, Lagos, on Monday, January 23, 2023, sentenced one Francis Nduka to two years imprisonment for possession of a document containing false pretence.

Nduka, a National Diploma, ND, holder from Auchi Polytechnic, was arraigned by the Lagos Zonal Command of the Economic and Financial Crimes Commission, EFCC, on an amended two-count charge bordering on possession of a document containing false pretence, an offence contrary to Section 318 of the Criminal Law of Lagos State 2011.

Count one reads: “Francis Chikodi Nduka, on or about the month of April 2020, in Lagos, within the Ikeja Judicial Division, had in your possession a document containing a false pretence, specifically a document titled, “Google Account” printed from your email account richieratz1961@gmail.com, wherein you falsely pretended to be a man named Richard Ratz, which representation you knew to be false.”