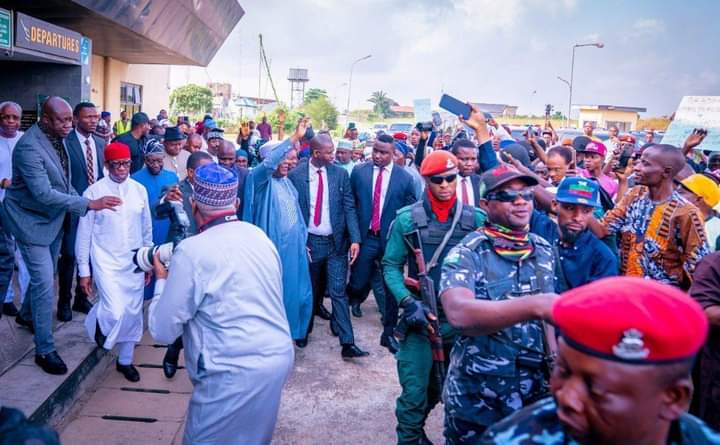 The presidential candidate of the Peoples Democratic Party, Atiku Abubakar, his running mate, Governor Ifeanyi Okowa, are en route Osun State for the inauguration of Ademola Adeleke as the next governor of the state.

Atiku shared photos of him and his entourage at Ibadan, on their way to Osun.