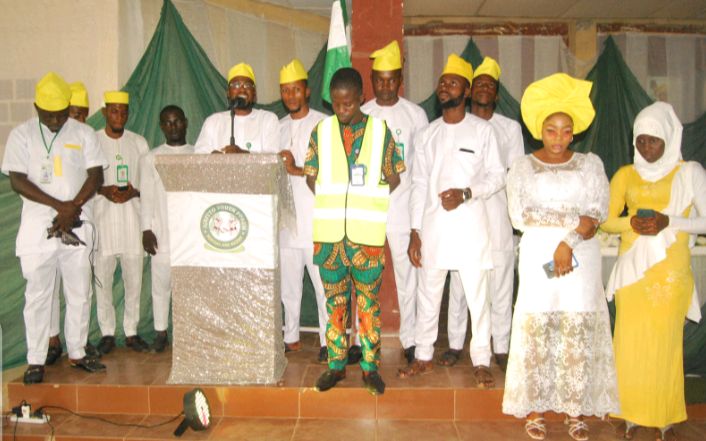 According to ODUDUWA NEWS correspondent at the event, the Convener of the group, Okesanmi Taiwo, while speaking used the ocassion to highlight aims and objectives of the group and affirmed that the forum is not affiliated to any political party.

The theme of the programme: “A Developing Nigeria, Youths As A Driving Force” was discussed by the former Oyo State Commissioner for Works and Transport, Prof. AbdulRahman Afonja who spoke on the need for Nigerian youths to position themselves for the task of leadership.

He averred that the youths should also ensure that they discharge their responsibilities well whenever they are tested with leadership role.

“When I was serving I always ensured that I attended to any file that came to my table without any delay and that aided productivity. I thank Gov. Makinde for the privilege given to me and I use this medium to solicit for his re-election because he has performed creditably well”, said Afonja.

The second speaker, Barrister Wuraola Ayodele-George while speaking said, Nigerians are blessed with alot of innovative youths that can turn the economy around. She further stated that youths need to get involved in leadership role to tackle the challenges of economy, power and security confronting the nation.

Among the guests at the programme were the State PDP Youth Leader, General Manager of Amuludun FM, and several others.