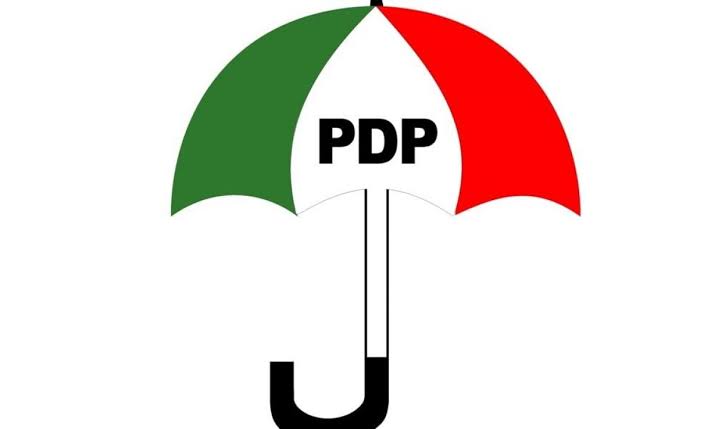 The Peoples Democratic Party (PDP) in Oyo state has blasted the governorship candidate of Accord, Bayo Adelabu over a statement credited to him in a story that circulated in a section of online media yesterday where he described Governor Seyi Makinde’s planned 10 percent allocation increments for traditional rulers as a trick.

The Publicity Secretary of the ruling PDP in Oyo state, Akeem Olatunji, in a press statement on Thursday morning January 26 described the statement credited to the Accord guber candidate as laughable and unbecoming of the politician who is daily becoming notorious for his grandstanding lifestyle.

The ruling PDP noted that it was rather unfortunate for someone aspiring to one day hold the number office in the state not to understand that government is entirely about the people’s welfare and wellbeing and not a profit making hotel business.

Governor Seyi Makinde had announced plans to increase allocation of traditional rulers in various Local Government areas in the state from the initial 5 to 10 percent as part of his administration’s commitment to their wellbeing while on campaign tour to Egbeda local government last week.

Adelabu in a reaction on Wednesday to the Governor’s gesture had criticized the plan describing it as a trick, advising traditional rulers and the people not to fall for it.

But in its reaction, the ruling PDP described Adelabu otherwise known as ‘Penkelemes’ as a noisy and un-serious politician who is at best a serial loser now on the losers’ list to lose again, saying the 2019 APC governorship candidate who lost in the 2019 election and has repeated his failure during the last APC primaries leaving him and his co-travelers with zero hope than to settle for their new found home in Accord.

The party added that it was clearly obvious without mincing words that the Adelabu that is seen by the physical eyes is different from the real one inside stressing that if given a chance, he has shown that he would become a tyrant and fearful dictator without empathy for the masses or respect for traditional rulers and institutions.

“It is even so good that Adelabu has unveiled himself as the tyrant and dictator Oyo will be very lucky to never experience at the helms of affairs having exposed his ridiculously disdainful disposition towards our respected traditional rulers and institutions or how would anyone with genuine heart to serve criticize such laudable gesture by Governor Seyi Makinde?” The party queried.

While maintaining that Governor Makinde’s unwavering commitment to the welfare and wellbeing of the people from inception of the present administration has become enviable by other governors, criticism from a noisy detractor as Adelabu will not deter the governor from extending the same affection to traditional institutions as already proposed.

The ruling PDP in the state also urged Adelabu not to waste anybody’s time thinking he was still in the 2023 governorship race as it has become an open secret that he (Adelabu) has agreed in principle to return to his vomit to surrender his aspiration for his master who kicked him out of the APC like a political orphan last year.

While maintaining that Adelabu did not even secure the 2019 APC governorship ticket on merit, Olatunji said, the former CBN deputy governor through his Lagos political lord paid through his nose and allegedly bribed his way through to pick the 2019 APC ticket against all existing structure within the opposition party.

Olatunji added that shortly before the APC primary election Adelabu ended up a failure again losing woefully to his opponent, urging the people to ignore him as it has become his self styled approach to deliberately stay blind to Governor Makinde’s ingenuity to the people of Oyo state.

The ruling party’s Spokesman reminded Adelabu that it was Makinde’s political sagacity, skills, acumen, and leadership that were deployed to solve the quagmire the last APC administration to which he previously belonged, almost plunged the state into when it altered the Ibadan Kingship ascendancy known to arguably be the best in the world.

While cautioning Adelabu to avoid picking the wrong person for his media attention gambling, the ruling PDP guided the Accord guber candidate to get more training on how to tread within the state’s political landscape saying “Adelabu has continued to de-market himself and whatever there is about his little political fortune by every word that goes out of his mouth against a man the masses have themselves nicknamed ‘God’s sent man’s.

“The problem with Adelabu is that he hasn’t actually learned or shown to have learned anything just yet since his sojourn in polity which is too bad for his political development as an individual. Despite the chances he has had in the past which are enough indicators for any grassroots politician to know that he’s a rookie, he has remained in his self inflicted delusion thinking he could be anything close to his procured 2019 guber ticket in subsequent primaries.

“He doesn’t know when to speak and when to be silent. Playing an opposition desperately seeking political relevance is not by constituting yourself into a sort of sadist or pessimist who is perpetually blind to anything and everything positive about the government in power or what Governor Makinde is doing to make Oyo really great again. His attitude is very laughable and did not in any way portray a slightest atom of someone born into a political family.

“As far as Oyo state is concerned with Governor Makinde’s planned 10 percent increments for traditional rulers allocation, it is only in Adelabu’s eyes that the widely applauded and commendable move by the Governor was wrong and tricky wondering why the Accord guber candidate in the coming election was fond of speaking before processing his words.

“We advise him to seek more political counsel and guidance on how to be a better politician and maybe when he still finds himself in a privileged position he’d be able to understand this game better but for now, he should simply return to his vomit and join his master in the APC as it’s no longer news he has woken up into reality to understand he has no chance and certainly not in this 2023 race”.