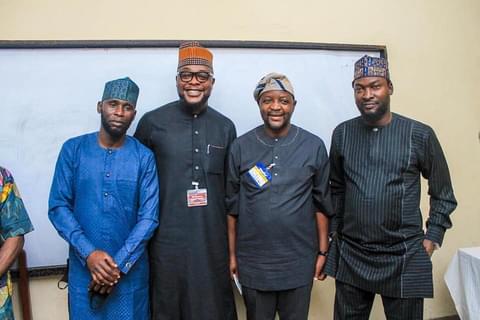 The stakeholders of All Progressives Congress APC in Oyo State have met today to agree on several steps and modalities to be followed in order to unite the members of the party ahead of 2023 elections.

In the meeting held today, the Minister of Youth and sports, Mr. Sunday Akin Dare while speaking to the PRESS said, the purpose of the meeting was to call on aggrieved members of the party to shun personal ambition and place priority on the overall interest of the party.

The Minister advised against exalting small groups over the larger ones as this was against the democratic spirit of the party.

The Minister urged APC in Oyo State to embrace a new and more inclusive approach, avoid fragmentation, and unfair treatment of members. He said only a strong, unified party could win elections, even as the idea of handing the party over to a few individuals could spell doom.

“The crisis experienced by the party was protracted because of factional interests and existing divisions in the state chapter of the party is costing members greatly,” said Dare.

In his own remark, Professor Dibu Ojerinde enjoined all members of the Party members to desist from making malicious statements that could further strengthen the seed of discord in the party.

Chief Moses Alake Adeyemo while speaking said the meeting was called at appropriate time to bring together all stakeholders so as to map out a strategy that could be followed to further strengthen peace and harmony in the party. He Commended the Minister of Youths and Sports Development for convening the meeting at an appropriate time.