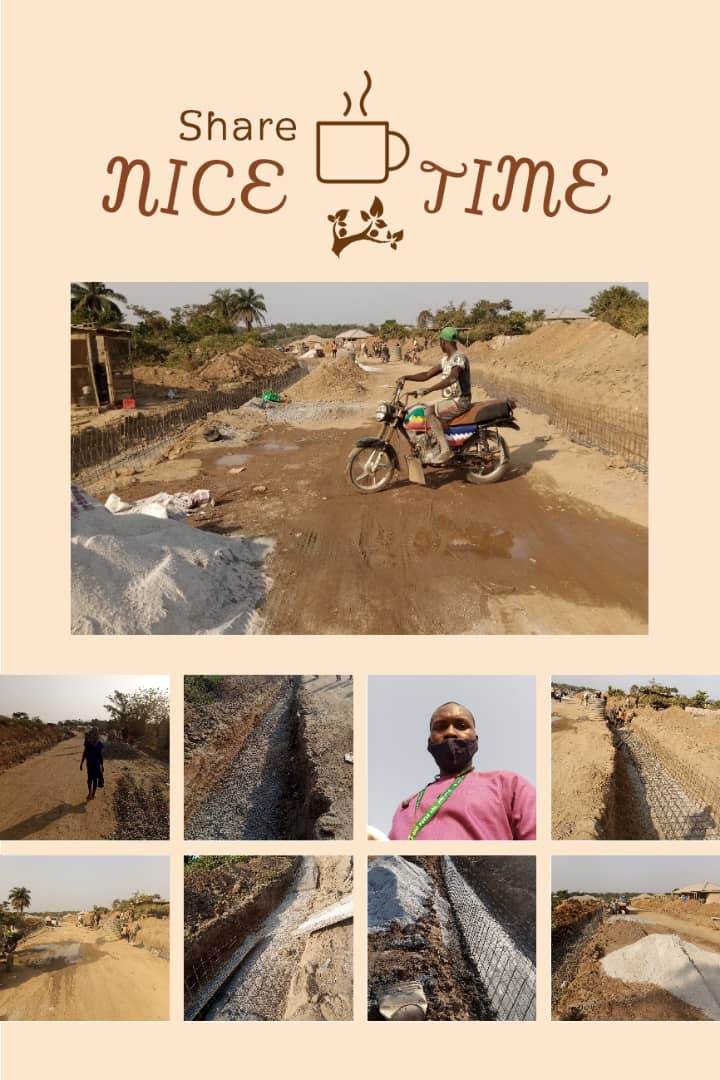 It was an interesting tour to my principal’s village, being the second time of my visit; met with many people to hear their opinions, observations, and advices to the government and the people’s governor, his name became a widespread fire reaching the nooks and crannies of Ajia Village, seeing the gigantic and memorable projects that made history since independence, end-to-end that Gov. Seyi Makinde had started and will be completed to the glory of God and use of mankind in their villages; especially his hometown.

Amazingly, I began to reason why wailers and charlatans denigrating the good works of the state government despite working round the clock to make sure all hands are on deck to ensure Oyo State is great again (M.O.G.A).

Hmmm, alas, part of the plans to enhance the speedy acceleration of the Oyo State through infrastructural development is what Seyi Makinde has begun. No wonder, he stated that his administration’s success rests on four pillars and these are health, education, security, and agric business.

Just a minute, let me adopt a quote from my governor in one of his letter on Planning.
In his words, he said “many leaders have manifestoes, their manifestoes are often well-written. People who read their manifestoes are usually excited about them. They choose to follow these leaders based on these plans but no sooner than they get into power, they abandon these plans. They often say that the reality they met on the ground makes it impossible for them to follow through.”

His works and words speak volumes in governance than those with audio microphones disparaging the great move of this administration to mislead the general public especially on the issue of Amotekuns recently addressed by the Governor, issuing a strong warning to perpetrators of evils in the society and disturbing the peace in the state.

For this purpose, a leader like GSM is well scrutinised to ensure vision and goals are by facts actualized and realisable. I had noticed in their green book on the Roadmap to Accelerated Development in Oyo State from 2019-2023 becoming a function of reality as planned.

I am highly convinced and enamoured of his resounding and rising diligent attitude towards making Oyo State a world-class state, in a short while with positive forecasting at heart. If having the likes of Victoria Ireland (V/I) in Lagos was possible, YES! we can as well have the subsequent in AJIA CITY such as:

However, most times when I take a trip down memory lane as to how Oyo state looked like in the last 8years compared to what it has become within the space of 21months, I felt taken aback to believe if it was a magic or dream comes true agenda or in a trance. Absolutely, it’s pretty hard to comprehend and compare the past with the present.

He leads by example, setting a pathway and creating a footprint for others to follow. AJIA CITY will soon become a tourist ground for local and international links. It is on this note, I encourage both male and female, young chaps, senior citizens, business tycoon/moguls not to ignore the great development in that village but to see opportunities awaiting them and see it as a niche to tap into. Hence, why I am opening the eyes of our understanding to the wealth of the gentiles being unleashed now and in future.

That’s what I meant by a man who is a step ahead. His CLAIRVOYANCE is second to none and as a matter of fact, he is a world class phenomenal. I must find my own way down to the city and get established in one of the land(s) so as to be a partaker of goodies in the land flowing with milk and honey, yielding positively. Like they say, “If you see something, say something.

He is the true leader who does not follow where the paths may lead. He creates his own relief roads for foot paths (PATHFINDER). The time to move from poverty to prosperity is now. The state government under the leadership of seasoned engineer, FNSE Seyi Makinde has started a good work in that location to better exposed and create opportunities in the town for investors to come in and do illustrious businesses in that area and beyond; like establishment of Industries, Oil and Gas, Farm Settlement Programme, Real Estate, Entrepreneurships, Communication gadgets extension installations, Bank’s accessibilities and a host of others.

GSM is not only abreast with the new paradigm, he is always a step further and farther from others like an EAGLE SPECIMEN. We thank God for sending this Young Man code named GSM, to set the people free from Political bondage, freedom from Oppressors who cannot determine the Liberation of the oppressed. Oyo State is finally in the hands of a man with mandate to deliver good Governance and dividends of democracy to his people, indeed I can say Gov. Seyi Makinde is another GOVERNOR NEHEMIAH in the holy book.

This is a MISERY of CONFIDENCE/ASSURANCE that some VILIFIED oppositions calls HAUGHTINESS.

I believe we can work/walk together to Make a Difference (M.A.D) in our dear State and Country Nigeria.