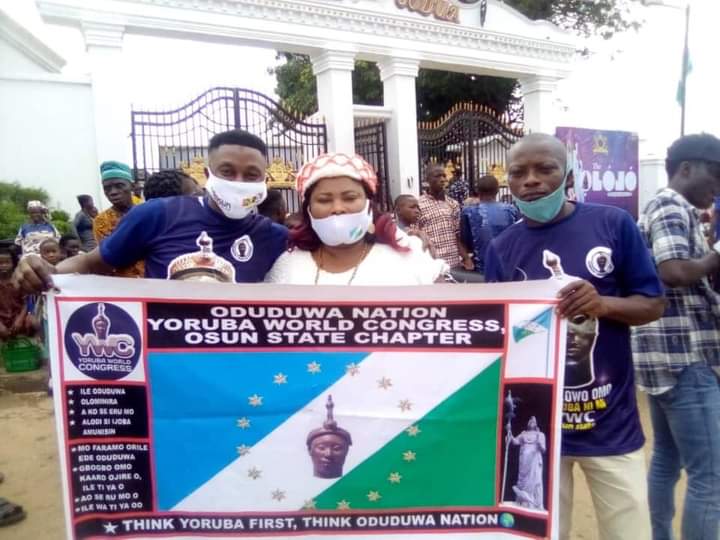 This is just as the Commissioner of Police, Lagos State Police Command, CP Hakeem Odumosu has warned that the command would not tolerate any form of rally or protest from any group of persons in the state today, as the country marks its 60th Independence anniversary.

Briefing senior police officers at the command headquarters, Ikeja, DIG Okoye , reiterated the Inspector General of Police, IGP Mohammed Adamu’s order on increased surveillance and security deployments across the country to forestall any breach of the peace, as well as ensure hitch-free celebrations of the country’s 60th Independence Day celebration.

DIG Okoye however, warned officers and men of the Command to act within the ambit of the law while discharging their responsibilities.

In adherence to the IGP’s order, CP Odumosu has directed all Area Commanders and Divisional Police Officers in Lagos to ensure they manned their jurisdictions and enforce the directive to the latter.

Odumosu, disclosed that the state government on its part had cancelled the ceremonial parade to commemorate the ceremony. He, therefore, warned parents and guardians to admonish their wards to shun the temptation of “joining any group to stage protests, rallies, or be mobilized to wage war against the government of the Federal Republic of Nigeria. Parents or guardians of any youths arrested for such an act will be prosecuted”, he threatened.

The command boss appealed to members of the public to desist from taking part in Oduduwa Republic agitation and be law-abiding and desist from violence and any act capable of disrupting the sovereignty of Nigeria.