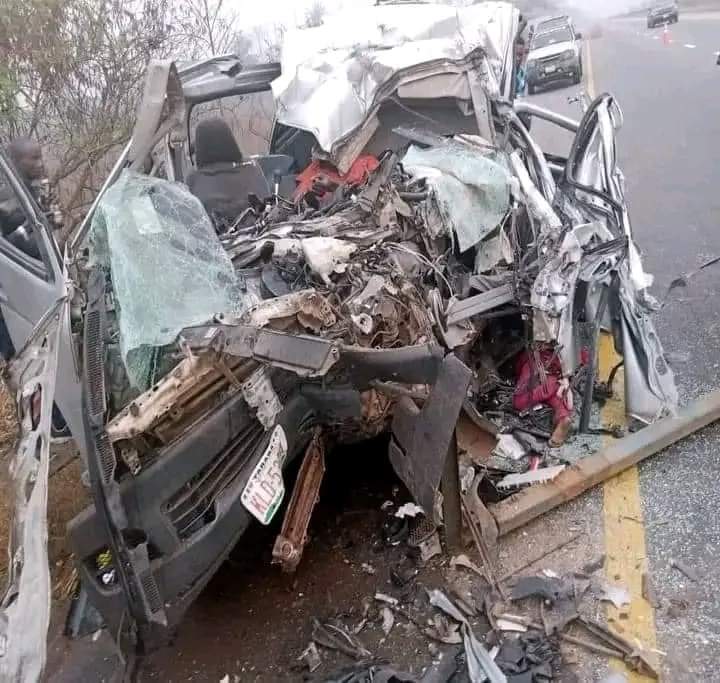 ODUDUWA NEWS has gathered that some passengers of AJ Danpullo Transport Company who were moving from Jalingo -Lagos, involved in a ghastly accident this morning at Ogere, Lagos-Ibadan Expressway.

It was gathered that Nine (9) Persons have been confirmed dead including the driver of the said vehicle who was identified as Ali Mai Gemu.

It was learnt that some of the passengers were terribly injured and they have been taken to nearest hospital for immediate treatment.

As at the time of filing this report, no official statement has been released from the Federal Road Safety Corps FRSC.