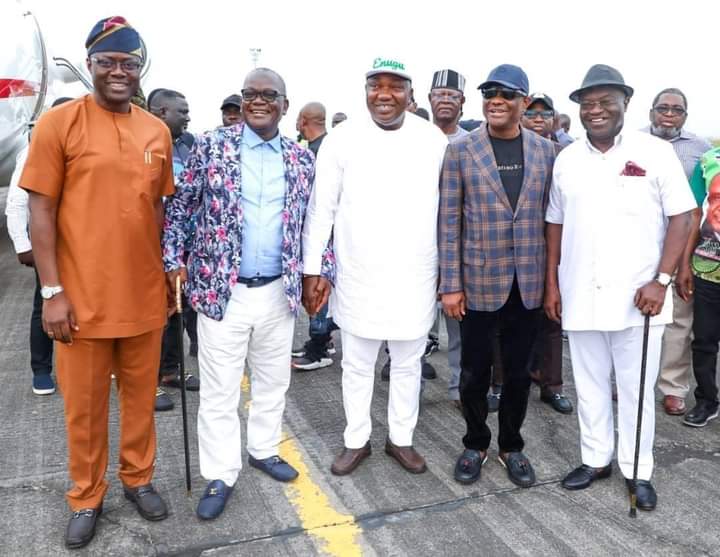 A chieftain of the ruling All Progressives Congress APC, Yekini Nabena, has described the five aggrieved governors of the Peoples Democratic Party PDP as confused, handicapped and lacking in capacity to sway election victory for any candidate in next month’s presidential election.

Nabena cautioned political leaders, especially in the APC who are still romancing with the five governors to have a rethink. The governors include Samuel Ortom of Benue state, Ifeanyi Ugwuanyi of Enugu state, Seyi Makinde of Oyo state, Okezie Ikpeazu of Abia state, and Nyesom Wike of Rivers state as their leader.

The “G-5 governors” emerged after Wike lost out to Alhaji Atiku Abubakar at the PDP presidential primary election, and after the former was also bypassed for consideration of the vice presidential slot of the party which was offered to Governor Ifeanyi Okowa of Delta state.

The group is, however, demanding the removal of the PDP’s National Chairman, Iyiorcha Ayu as a condition to support the Atiku, even though it is yet to announce its preferred presidential candidate. Speaking at a brief interactive session Friday in Abuja, the former APC spokesman said except for Governor Wike, the other four governors have not lived up to the expectations to deliver reasonable votes for any presidential candidate.

According to Nabena, unless INEC delivers election materials to the state government house directly and allows them to manipulate the process, the forthcoming general election is beyond the reach of some poorly-performed serving governors like Ortom, Ikpeazu, Ugwuanyi and Makinde, except Wike.