The ruling People’s Democratic Party (PDP) in Oyo state has stated that Governor Seyi Makinde has consistently injected not less than 11 billion naira every month into the state economy via prompt payment of state and local government workers salaries Alone.

The ruling PDP also said that aside from regular payment of pension and gratuities of retirees and pensioners, Governor Makinde’s administration has injected at least 462 billion naira into the state economy within the last 42 month.

The APC in Oyo state had challenged Governor Seyi Makinde to provide detailed account of what he has done with the sum of over N706billion the opposition maliciously alleged to have accrued to the state government coffers, the 33 local government councils as monthly allocations from the federal government and the state internally generated revenue in the last 42 months.

The Oyo State Publicity Secretary of ruling PDP, Akeem Olatunji, who lambasted the opposition party in a press statement today December 7th, described the opposition All Progressives Congress (APC) in the state as suffering from acute level of retrograde and anterograde amnesia maintaining that the opposition is like a dead chicken hoping to still eat a grain of maize.

While commending Governor Makinde of being an exceptionally prudent manager of human and material resources having successfully jerked up the state internally generated revenue without placing additional burden on the masses amidst economic turbulence foisted on poor Nigerians by the APC led federal government, Olatunji advised the opposition party to quit playing to the gallery and get its facts before going to further expose itself before the now wiser people of the state.

Olatunji who lambasted the opposition party of lacking basic economic management strategy with its futile attempts at discrediting prompt payments of salaries, pension, and gratuities by Governor Seyi Makinde, maintained that the best way for any informed person who is aspiring to manage public resources is to know how to successfully trap down local investments, reduce capital flight, allow free flow of cash within the system to bolster the velocity of revolving funds.

The ruling party maintained that there is no amount of peddling of sheer falsehood, malicious media campaign, or deliberate misinformation that can rescue the state chapter of the APC from the inevitable final burial that awaits it come 2023 adding that the people of Oyo state have become wiser and politically conscious of state affairs to know the clear difference between a party that thrived on false propaganda and practically performing one.

“As far as we are concerned in the PDP, we will not give too much attention to our noisy neighbors who do not even know the very basics of the job of an opposition party. They thought playing opposition party in a 21st century is all about sustaining unabated false propaganda and deliberate misinformation of the public to discredit every single policy or program of government.

“It is sadly evident from the press release by APC that they are just playing to the gallery by bounding up figures around in a desperate and failed attempts to discredit the Seyi Makinde led performing PDP government.

“There’s no other way to boost local economy of any State than injecting money into it just the way Engr Seyi Makinde is consistently pumping an average of N11 billion through payment of salaries of civil servants and local government workers as well as executing various developmental projects which in turn allow free flow of money in circulation.

“In case the leadership of APC and their gubernatorial candidate, Senator Oloye Teslim Kolawole Folarin, have forgotten that Governor Seyi Makinde led PDP administration offset arrears of gratuities of Pensioners from 2010 up to 2014 of which the then APC government failed to pay, we need to remind them to rescue them from their self inflicted delusions.

“Governor Seyi Makinde has injected N462 billion in the last 42 months apart from pension and gratuities to our senior citizens or retirees while several roads projects both completed and ongoing amounting to 500 Km and other developmental projects like light Oyo, construction/ rehabilitation/ renovations of schools, independent power project, 351 primary health centers, remodeling of Adamasingba Stadium, upgrading of State owned Hospitals, ongoing construction of 110 Km Rasheed Ladoja Circular Road free education for our children, infrastructural developments in schools, upgrading of Emmanuel Alayande College of Education to University, sole ownership of LAUTECH and offsetting of salary arrears of her staff and lecturers owed by Ajimobi led APC government which runs to over a billion Naira and paying off of Osun State equity on the school and many others have gulped several billions of Naira with prudency and value for money as the PDP government’s watchword.” The ruling PDP stated.

While berating the opposition APC of conducting itself in such a shameful manner depicting of a lazy, reckless, and spoilt brat who notoriously specializes in squandering hard earned family resources and bringing reproach to the family name, Oyo state PDP added that APC media team are just too lazy relying on sustained misinformation to keep drawing money from party coffers.

The ruling PDP urged the APC to check latest state by state debt profile from the Office of Debt Management and Federal Ministry of Finance on what Oyo state currently incurres in debt stressing that the federal government agencies have data on debt portfolio of each state and how much accrue to Oyo state so far.

“As at the last count, Oyo state debt was N177 billion of which N127 billion was inherited from the last administration of APC in local debt and $138 Million in foreign debt. Despite the unprecedented infrastructural development already recorded in the state in less than 4years, the present government has offset about $40 Million out of the $138 Million owed by the late Ajimobi led APC government.”

“If APC must say anything in the public domain with the slightest atom of dignity if any, it should be grateful first, to Governor Seyi Makinde for not playing the APC style of vindictive politics otherwise many of them would have been languishing away in jail by now. Secondly, Oyo APC must bury its head in shame and come to term with the fact that PDP in Oyo state is the mother that is busy scrubbing their filth and restoring the state on the path of prosperity.

“According to the opposition party, it shamelessly queried the Oyo State House of Assembly in which it has six members in the minority, over what it alleged as ‘non-committal’ to the consideration and passage of the Local Government Autonomy Bill into law and accusing Governor Makinde who did not only corrected the rascality and reckless conduct of illegal local government election towards the twilight of the last administration after almost eight years but also conducted valid elections into the 33 LGAs in the state within just two years.

The ruling PDP also noted with rude shock the new manner of deceitfulness, hypocrisy, self serving and satanic agenda the Oyo APC is championing its cruel and evil media attacks against a God sent man who’s public acceptance and street credibility based on performance and delivery daily soar and continue to threaten the opposition party to its very core saying, “how could Oyo APC not even have the smallest atom of shame to ignore Lagos, Ekiti both under APC governments and have directly voted against the same autonomy for local government while casting aspersions on a yet to vote Oyo state assembly?” the ruling oyo PDP added. 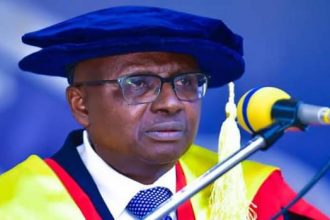 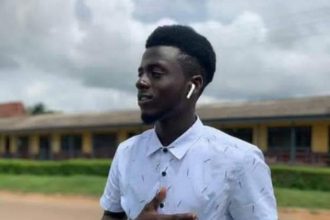 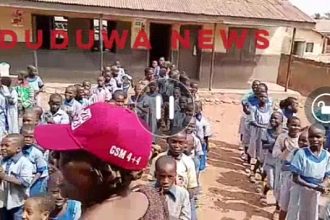 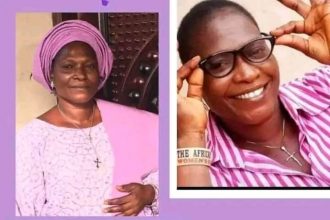