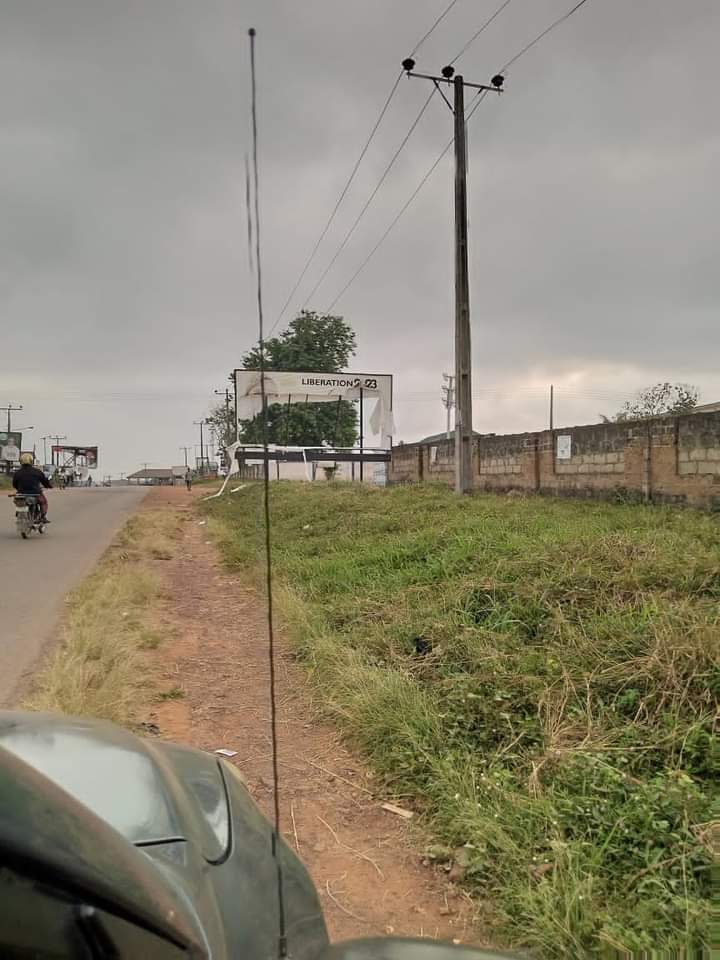 ODUDUWA NEWS has gathered that some hoodlums had on Saturday after the Tribunal ruling on Saturday stormed and destroyed all the Billboards outside “De Young” office, one of the leading support group of All Progressives Congress ( APC) in Osun State.

The office is less than 500 meters to the State High Court, the venue for the Sitting of the Election Petition Tribunal, Oke- Fia, Osogbo.

The thugs alleged to be loyal to PDP in their hundreds invaded the premises and pulled down some Billboards and tore the all the frame of Cheif Bola Ige, Cheif Adebisi Akande, Ogbeni Rauf Aregbesola, former Governor Gboyega Oyetola, Oba Gboyega Famodun among others.

It was alleged that the thugs who were visibly angry over the ruling of the tribunal that admitted as evidence, the certificate of Governor Ademola Adeleke submitted to Independent National Electoral Commission(INEC), ensured that they levelled the front of the office by damaging all APC inscriptions.