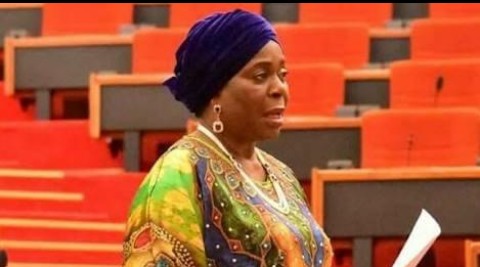 OduduwaNews reported yesterday a statement credited to the former governor of Ekiti State, Mr. Peter Ayodele Fayose where he warned the governor of Oyo State, Engr. Seyi Makinde to stay away from meddling into PDP affairs in Ekiti.

In the meantime, OduduwaNews has gathered that the senator representing Ekiti South Senatorial District, Senator Biodun Olujimi has told Seyi Makinde to continue his work of salavaging the party and that he should not listen to the ranting of Ayodele Fayose.

Olujimi who spoke in Ado Ekiti at a meeting of her faction of the PDP, described Fayose, including his collaborators as ‘political jobbers’ and asked Makinde to ignore their threats.

She said, “Makinde is the symbol of the party in the South-West. So, anything that must come from the zone must come through. Fayose and his conspirators’ visit to Uche Secondus was nothing but a recreational. I can take anybody to the National Secretariat of the party and we take pictures.