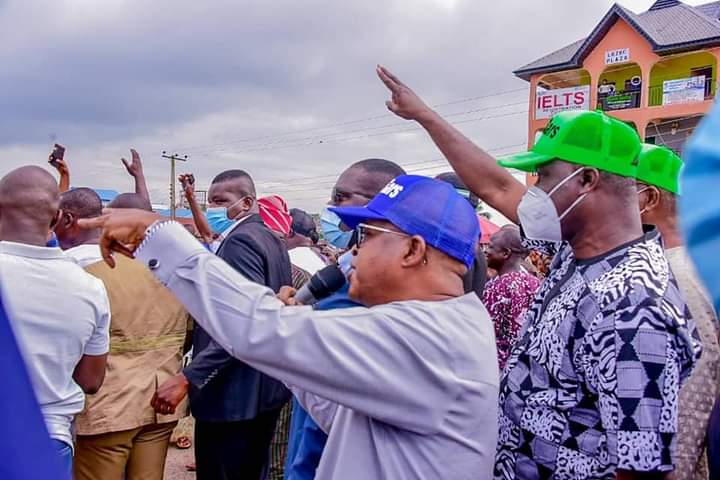 The Osun State Governor, Gboyega Oyetola has said the #EndSARS protest was peaceful while he was addressing the protesters before the armed thugs hired by some people later came and turned the protest ground to a theatre of war in their bid to assassinate him.

The statement was made known today by the Chief Press Secretary to Osun State Government, Oyebamiji via his official Twitter handle which reads in part:

“The report as can be seen from the pictures, the environment was calm and peaceful before some hoodlums who were obviously on a mission to assassinate Governor Oyetola hijacked the protest.

“The protesters welcomed governor Gboyega Oyetola and the environment was peaceful and we suddenly heard sporadic gunshots from unknown destination and later saw some hoodlums brandishing weapons in their bid to advance to our side to carryout their dastardly act.

“Contrary to the report that two people were killed in the spot, nobody was killed but we heard two people died as a result of accident that occured 5km far to the protest ground”.