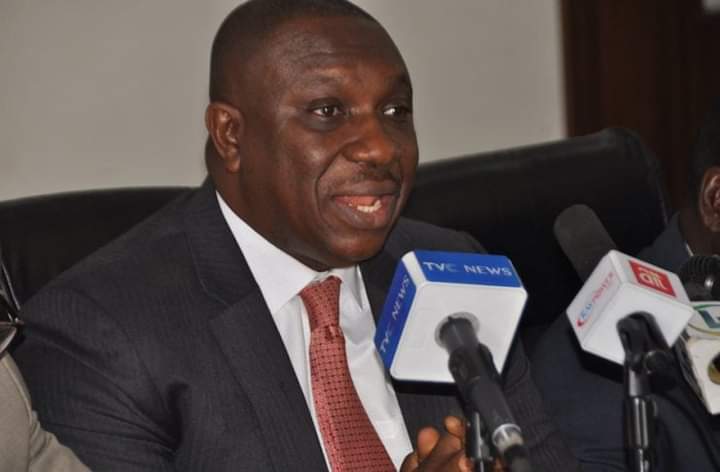 The Lagos State Government has promised to complete all the ongoing projects captured in the year 2020 budget as well as others that were started earlier.

The Honourable Commissioner for Budget and Economic Planning, Mr. Sam Egube, disclosed this today during a Press briefing on how the State’s Budget of N1.16TR for the Y2021 would be executed, held on the Zoom platform and streamed live on Facebook, Youtube and Twitter in accordance with safety protocols

He explained that the Governor Babajide Sanwo-Olu-led administration is determined to complete most ongoing projects, particularly Ijede, Agric Isawo and Oba Sekumade roads all within the Ikorodu axis; Isuti road, Igando/Egan/Ayoba road phases 2 & 3 in Alimosho axis; Pen Cinema flyover, which is nearing completion at Agege; Iwaya and St. Finbarrs roads; Abule Okuta and Soluyi roads all within the Somolu axis; Aradagun – Imeke Mowo road to connect Lagos-Badagry Expressway in the Badagry axis and Imota rice mills.

Analyzing the sectoral budget, Egube said a budgetary provision of N150.753bn was provided for the maintenance of roads and other infrastructure within the State, stressing that it was geared towards achieving the zero-pothole strategy and creating link-roads within the metropolis to resolve traffic congestion and its attendant risks.

He restated that part of the provision will also cater for the Rebuild Lagos Project/Trust Fund, Reconstruction of Lekki-Epe Expressway from Eleko junction to Epe T-junction (phase one), Lekki Regional Roads, Project Stabilisation Fund to intervene on various projects across the State as well as the State Infrastructure Intervention Fund for Roads within Local Government and Local Council Development Areas.

Others, according to him, include construction/completion of Agege Pen Cinema Flyover, Oregun Bridge Road Network, Agric Isawo Road, Bola Ahmed Tinubu Road in Igbogbo, Ijede Road and Mba Cardoso Road, Lagos Badagry Expressway as well as various community/grassroots’ projects to ensure that no one is left behind.

The Commissioner also revealed that the budget also provides for the development of infrastructure along the coastline to enhance the coastal infrastructure; the Blue and Red rail lines; Junction improvement on roads; completion of the trailer parks in the State and development of quality bus corridors amongst others, noting that there is also a provision for the building & upgrading of IT Infrastructure Statewide, e-GIS Land automation system, Single Billing system and ease of tax payment, Levies and Other Revenue enhancement initiatives.

On health, he said, the focus will be on the continuous upgrading/renovation of health facilities and completion of on-going healthcare infrastructure, including Maternal and Child Care Centres (MCCs) and the continued implementation of the health insurance scheme which represents over 23% increased provision for the health sector.

Egube averred that other projects the budget made provision for include construction/upgrading/maintenance of drainage channels, procurement of specialised equipment for flood abatement purposes, waste management, the advancement of Adiyan waterworks (phase II), the rehabilitation of mini waterworks across the State, the Development of Heritage Centre for Leadership, upgrade of National Museum and the construction of tourism facilities in Lagos, among others.