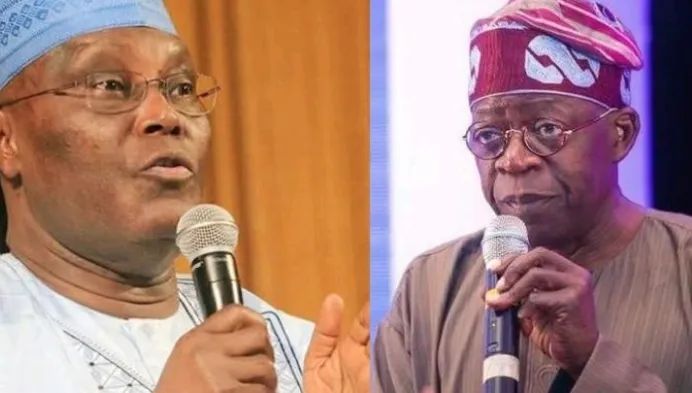 Atiku Abubakar, the Peoples Democratic Party’s presidential nominee, has come under fire from the Tinubu Campaign Organization for admitting that he ran a side business while working for the Nigeria Customs Service.

In an interview with Arise TV on Friday, Atiku disclosed that he operated a cab service while working for the Customs.

TCO criticized Atiku’s assertion that his acts weren’t against the law.

Atiku was referred to as a “lawbreaker” in a statement by TCO’s Director of Media & Communication, Bayo Onanuga.

Onanuga said, “PDP candidate is a lawbreaker. It was most shocking Atiku admitted that he cheated the system for decades and engaged in gross misconduct as a government worker. As a customs officer at the Idi-Iroko border, Atiku revealed that he ran a commercial taxi service, claiming ‘there is no law stopping public officers from doing business in Nigeria”. He punched harder, claiming there is no conflict of interest in doing so.

“We found this to be untrue. Every officer in the civil service is expected to comply with a code of conduct and service rules which bar civil and public servants from engaging in private business while in government employment to the detriment of the service he/she is employed to render to the public.

“The 1999 constitution further codifies this in Part I, Fifth Schedule, Section of 2 (b). It says a public officer shall not, except where he is not employed on full-time basis engage or participate in the management or running of any private business, profession or trade. The rules however allow a public officer to engage in farming.

“We wonder which rule or which law Atiku was relying upon for his gross misconduct as a public officer. It is our considered view that Atiku gamed the system all through his career in public service, culminating in his founding of the Intel Logistics along with Late Shehu Yar’Adua and some Italians, even while he was still in the employment of the Nigeria Customs Service.”