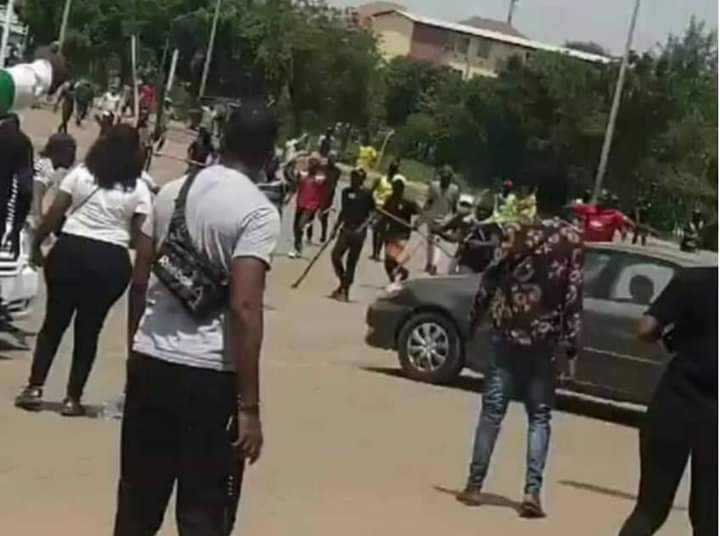 Armed thugs on Wednesday attacked #EndSARS protesters in Ikeja, the Lagos State capital, injuring some of them and disrupting their peaceful demonstrations.

The thugs, who stormed the venue around 2pm on Wednesday, reportedly attacked the protesters with cutlasses and other dangerous weapons.

The protesters had blocked a section of the Alausa road and were singing solidarity songs when their attackers suddenly appeared and disrupted their demonstrations.

However, no life was lost as the protesters repelled the assailants.

Thousands of youths across the country have in the last one week been protesting against the harassment and extrajudicial killings perpetrated mainly by the Special Anti-Robbery Squad of the Nigeria Police Force.

The police authorities have since disbanded the unit and announced the Special Weapons and Tactics unit as its replacement.