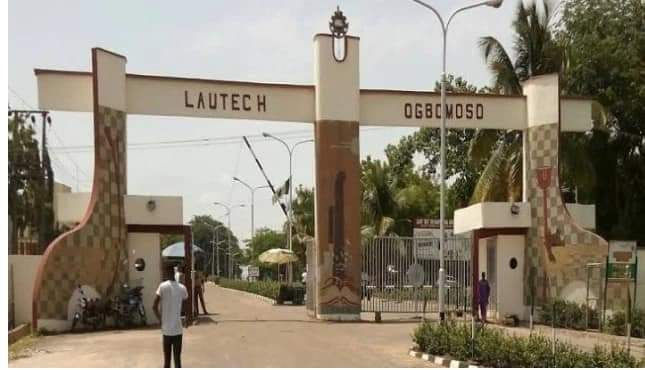 As a follow-up to the agreement reached between Oyo and Osun state governments on the ownership of the Ladoke Akintola University of Technology (LAUTECH), the Oyo state government, on Tuesday, approved the payment of the sum of N8 billion to Osun State government as an asset sharing agreement.

The approval, which was conveyed by the Commissioner for Education, Barrister Olasunkanmi Olaleye, would be paid in three installments spread over a period of three years.

A statement by Mr. Taiwo Adisa, Chief Press Secretary to Governor Seyi Makinde, indicated that Olaleye stated this while briefing newsmen shortly after the Executive Council meeting held at the Governor’s Office, saying: “As a follow-up to the agreement reached with the Osun State government on the issue of sole ownership of LAUTECH, the Executive Council of Oyo State approved today the payment of the sum of N8 billion to Osun State government. It will be paid over a period of three years.

Similarly, the Executive Council also approved provision of a tribrid system of power supply consisting of solar, diesel generating set and battery storage for Rural Community Development Centre (RCDC), Awe as an urgent intervention at the sum of N92 million only.

According to the state’s Commissioner for Energy and Mineral Resources, Barr. Temilolu ‘Seun Ashamu, the Council resolved to make the intervention on the Rural Community Development Centre, Awe, which is one of the hubs of the state’s Agribusiness development programme.

He said: “At the Exco meeting today, the Council resolved that the Ministry of Energy and Resources will provide an urgent intervention at the Rural Community Development Centre RCDC Awe, which is actually one of the hubs for the agribusiness development of this administration.

“It resolved that the ministry will provide a tribrid system comprising solar, diesel generating set and battery storage for RCDC.”

He also said that the council approved the launch of a bike sharing scheme codenamed Keke Seyi to facilitate easy transportation within the state secretariat, Agodi, Ibadan.

The scheme, which is to involve the use of 60 bicycles is being piloted by an indigenous company which will be paid the sum of N750,000 for its services.

He said that the bike-sharing scheme within the Secretariat will be available for use by members of the public and staff of the state.

Ashamu said: “Secondly, the Council approved the implementation of bicycle drive codenamed ‘keke Seyi.’ The bicycles will be piloted in collaboration with OurBikes Nigeria, an indigenous company, which has offered the state its services to come and pilot a bike-sharing scheme within the Secretariat so that the bicycles will be available for use by members of the public and staff of the state.

“About N92 million was approved for the RCDC and that of Keke Seyi is a token amount of N750,000. They (Ourbike Nigeria) will be providing us with 60 bicycles for the pilot, which is to last for three months initially.

“We have members of the public that come into the Secretariat and they walk around. So, the bicycles are there to promote a number of things; ease of traffic within the secretariat and to promote healthy living.

“It is a bike-sharing scheme and what that means is that you can actually enter the Secretariat from any of the entrances, pick any of the bicycles and ride it to wherever you are going. The bicycles will also be made available to Ministries, Department and Agencies so that members of staff can also use the bicycles.

“It is necessary to state that there are protocols and procedures that guide the use of bicycles. It has been in Europe and North America long before it was brought to Africa. We will ensure that all health and safety measures are put in place such that we would not accelerate the spread of coronavirus.”