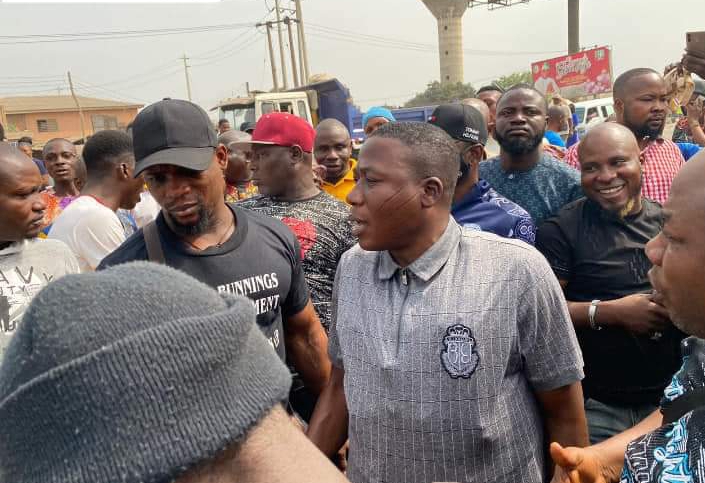 Igboho in a video circulated online also flayed some Yoruba leaders, including traditional rulers, alleging that have not shown enough support for the struggle to liberate the Yoruba from their ”Fulani oppressors”

“I need buses to transport people. The three vans we use are bought by me. That Ooni of Ife is mad. We lost three buses that were hired on our way to Oyo. Ooni should be able to tell Buhari about what Yoruba want. But he has collected dollars from Buhari. He called me but I don’t want to see him. Ooni disappointed me. Politicians are with him….

“The Oluwo will wear turban and start calling himself an Emir, our people should call him and tell him to stop what he is doing. Our leaders are lazy and slaves to Fulanis. They visit Abuja to collect money, we will attack them and destroy their property. Ooni should be dealt with. I am annoyed. Why should we be afraid of the crown they (Yoruba monarchs)wear?

“Tinubu and other Yoruba politicians are Fulani slaves. We need not be afraid. I have not collected any money from anyone. I am a full Yoruba man and I will not allow Fulani people to enslave me, we do not look or behave alike in any way. The herders should go…. “