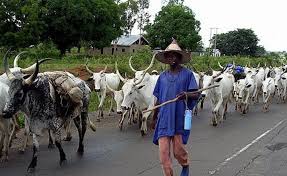 The association of cattle breeders, Oyo State Chapter has appealed to residents of Oyo State and the administration of Gov. Seyi Makinde to embrace peace while it is finding a lasting solution to menace of banditry and kidnapping in the State. This statement is coming barely a week the Ibadan-born socialite, Chief Sunday Igboho gave a week ultimatum to herdsmen to vacate Ibarapaland.

This was contained in a statement personally signed and released today by Saliu Ibrahim Dende, Chairman Miyetti Allah Kautal Hore, a Fulani Socio-Cultural Association, Oyo State which reads in part:

“It is no longer news that ugly events witnessed in the Ibarapa region of the state, most importantly Tapa and Igangan, have been such that calls for great concerns. The spate of assaults, kidnapping, maiming, and gruesome killings by some repugnant criminals in the region has given the people of the region the impression that the people of Fulani origin are behind the attacks.

“It is true that every tribe has some criminal elements within them. To this end, it will be unhealthy to tag a whole tribe as criminals based on the bad attitudes of a few of them. As a peace-loving people, we also express our dissatisfaction over the state of insecurity in the region, and the state at large. Insecurity is a threat to everyone, irrespective of their party affiliation, religion, tribe, race, or ethnic group.

“We appreciate the people of the community for the warm reception given to us right from the year we settled down here. The longstanding feelings of mutuality we share should be upheld at this critical moment.
At this point, we want to urge Chief Sunday Igboho to shelve his seeming threat and embrace us with open arms as we harmonize resources and efforts to secure the state. Our collective efforts are needed to restore back the peaceful atmosphere that has always pervaded the community and, by extension, Oyo state.

“We want to restate our commitment to assisting the security operatives in flushing criminal elements out of the region and state just as we have been instrumental to several arrests of kidnappers in the state. In our capacity, we will also ensure that our people are law-abiding and do not go contrary to the established laws and norms of the land.

We equally implore the local governments in Oyo state to frequently hold meetings with traditional rulers, including Fulani leaders to discuss and address farmer/herders clashes”.
Thank you very much.