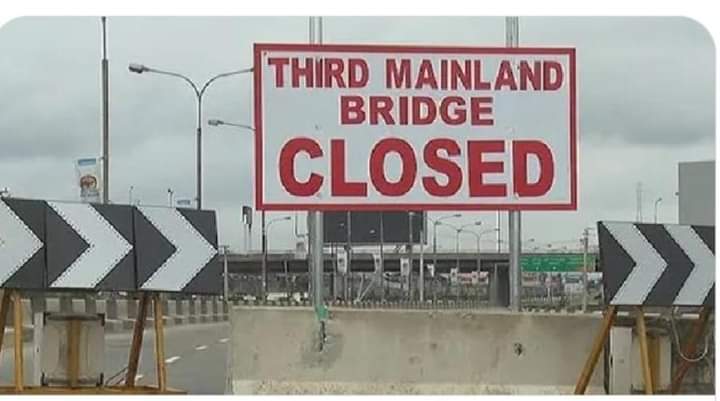 The Lagos State Government has announced plans to shut the Third Mainland Bridge from midnight on Friday, 26th to midnight on Saturday, 27th February 2021, for the removal of equipment used for the replacement of expansion joints, among others.

A statement signed by the State Commissioner for Transportation, Dr. Frederic Oladeinde, stated that the total closure of the bridge for 24 hours is to enable the contractors remove all the heavy equipment used during the rehabilitation process and allow the full reopening of the Oworonshoki and Adeniji bound lanes to traffic.

While assuring that Traffic Management Personnel would be deployed along the alternative routes to minimise and address any traffic impediments, Oladeinde commended Lagosians for their cooperation during the prolonged repair works on the Bridge, declaring that the bridge is now safe for use by all and sundry when fully reopened.