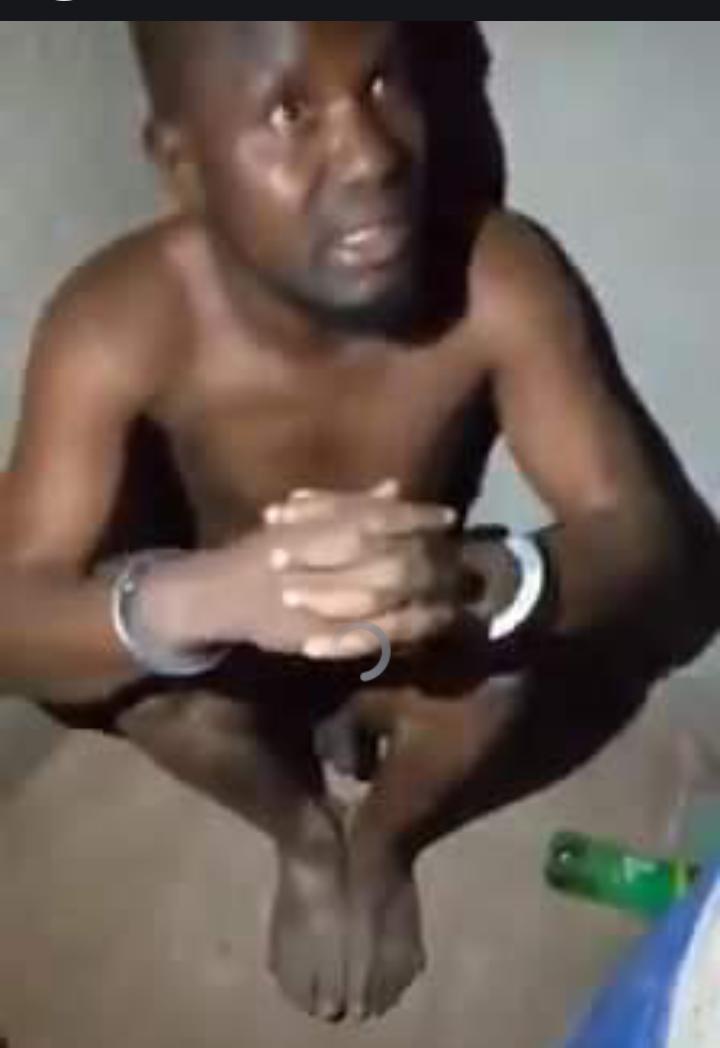 A suspected Ritualist who identified his name as Raheem Adesina was caught while trying to run away with an abducted teenager at Challenge Area of Saki.

OduduwaNews Reporter in Saki gathered that the suspected Ritualist while being interrogated claimed that he abducted the teenager only to have a carnal knowledge of her but not to take her away for ritual purpose.

The abductor was rescued from the irate youths who wanted to set him ablaze. Our Reporter gathered that the Ritualist was caught with charms and claimed that he usually used them for his personal protection.

It was learnt also that no fewer than three people were abducted in the city few weeks ago. The residents call on security agencies to beef up security in the area as inability to do so may push them to embark on jungle justice on anybody caught again.