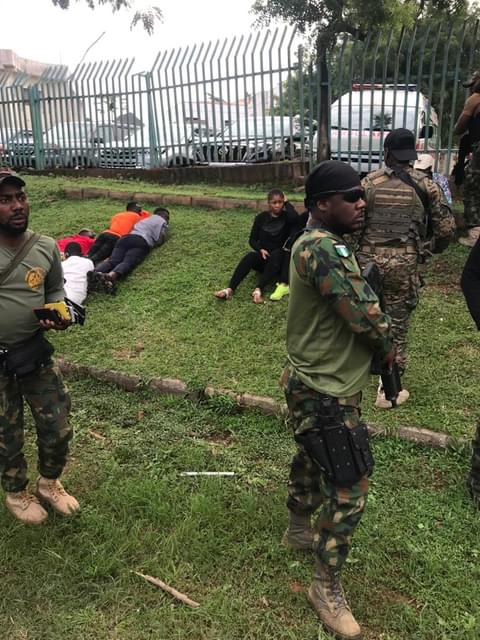 Today, protesters under the banner of RevolutionNow trooped out to protest against insecurity, economic crisis and other problems bedeviling Nigeria under President Buhari.

However, it was learnt that the RevolutionNow Protest Organized by Omoyele Sowore was meted with stiff resistance today by the Security Operatives as more than 30 Protesters were said to have been arrested in Lagos, Abuja, Ondo and others. Details later.