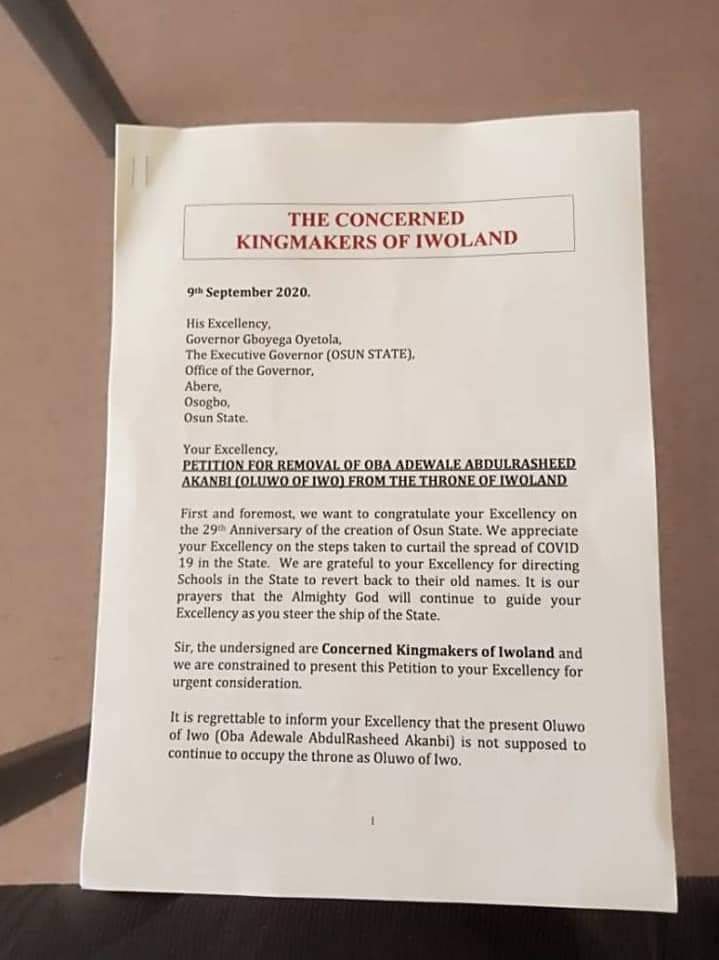 OduduwaNews had earlier reported that some police officers recently laid siege at the Oluwo Palace. In the meantime, the detail of the reasons why the kingmakers demanded for his removal has been revealed.

This was contained in a letter received today by OduduwaNews as signed by the Palace of Iwo kingmakers. Among the reasons why the Kingmakers wrote letter to the governor of Osun State, Gboyega Oyetola to approve the removal of Oluwo was that the present Oluwo, Oba Abdulrasheed Akanbi had been convicted in Canada and USA before he was ethroned as Oluwo.

The letter as received by OduduwaNews attached herewith. 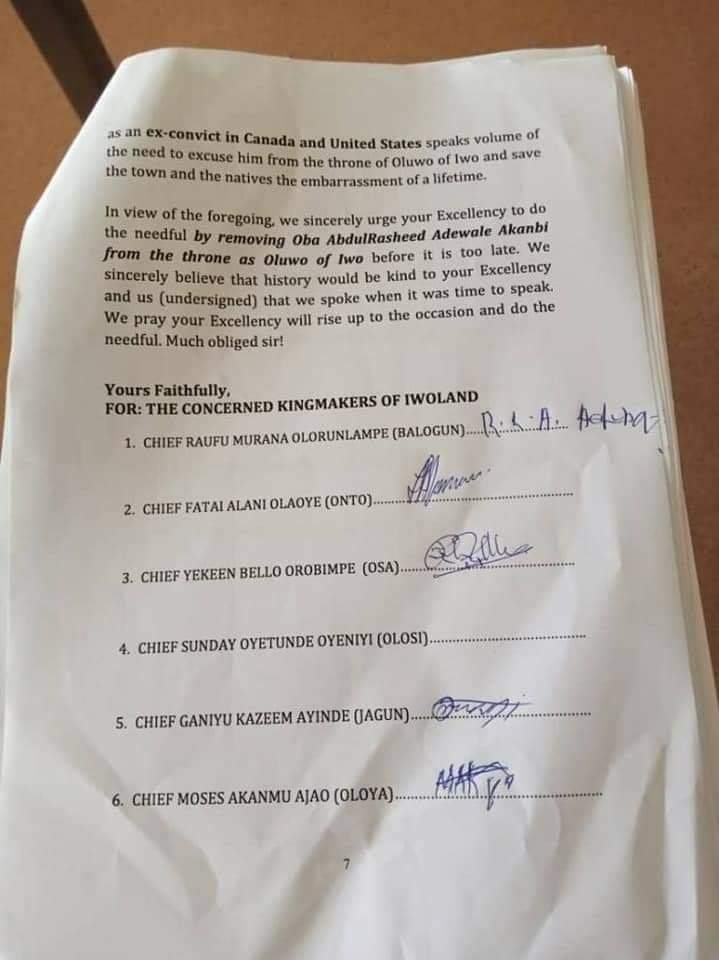