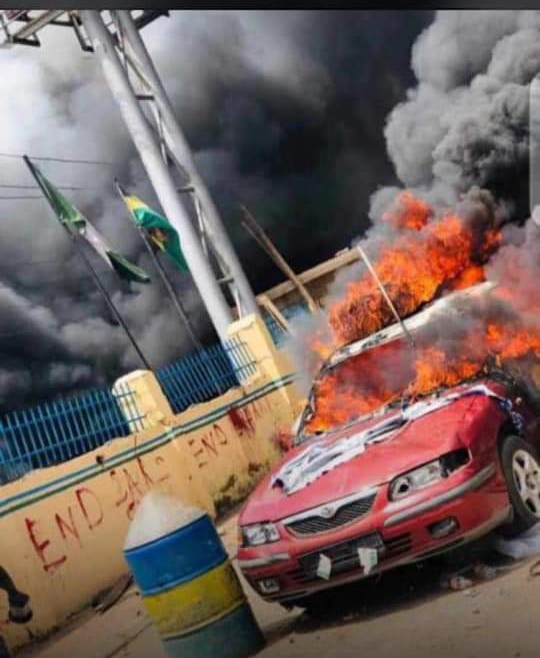 OduduwaNews has just gathered now that one Police Officer has been shot dead at Ojoo Police Division, Ibadan. It was reported that the Police Station was later set ablaze by angry youths reprising the death of their colleagues.

According to an eyewitness who spoke to OduduwaNews said, the police officers started shooting into the sky in an attempt to disperse the protesting guys and Army officers intervened by driving into the Station and engaged in a talk with the trigger-happy officers telling them about the consequences of their actions.

“In fact the the army guys really had the ears of the protesters. Unfortunately, the police officers turned deaf ears to the professional plea of the Army officers.

“It was just shortly after this that stray bullet hit three persons and the youths got infuriated.

Immediately the angry youths swung into action by getting petrol and set the Station ablaze. They really engaged the Police officers and one of them called Officer Sunday was killed and cremated right in front of the Station.

“He lives around one funfun before Igbo oloyin, arulogun road ojoo. The army guys was really commended for their actions today, said the eye witness.