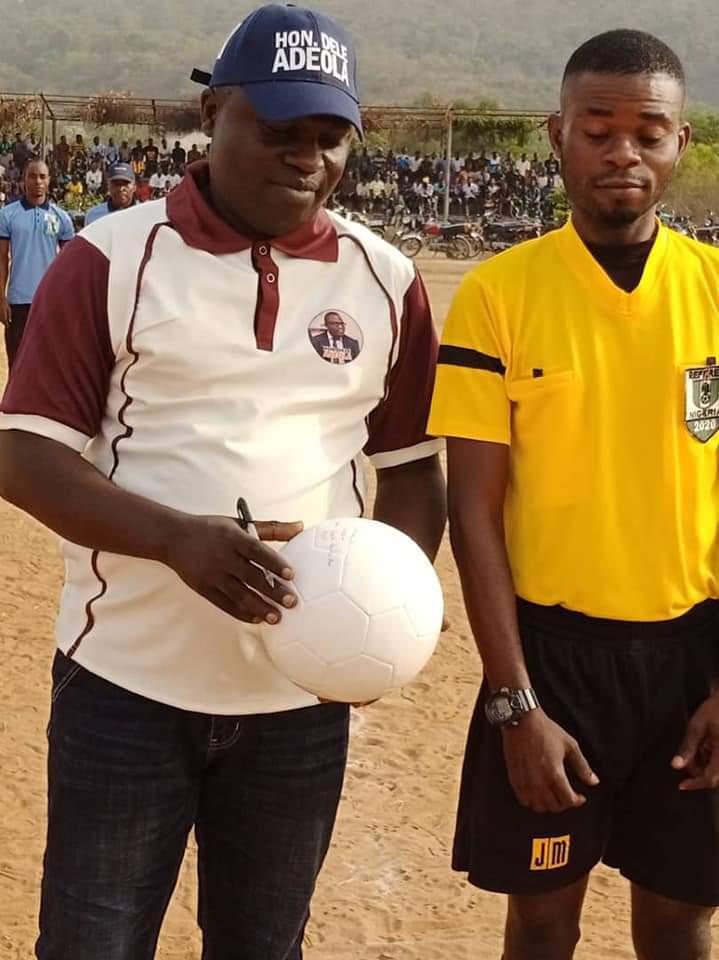 The football competition which started early this year was abruptly suspended due to the ravaging COVID-19 pandemic but later resumed again immediately the FG and State Government eased the lockdown.

The football competition had no fewer than 13 communities as participants that constitute Iseyin/Itesiwaju State Constituency.

According to the organizer of the competition, Hon. Dele Adeola said, the football competition was organized to foster love, peace and harmony among various communities in his constituency.

Adeola while speaking to the crew of ODUDUWA NEWS at the event appreciated the organizing committee for their steadfastness and dedication towards making the day a reality.

He expressed his profound gratitude to the chairmen of both Iseyin Central LG and Araromi LCDA, the duo of Hon. Mufutau Abilawon and Hon. Timothy Ogunleke as well as all other stakeholders that contributed to the success of the football competition.

The final football competition was held between Golden Boys FC of Ado-Awaye and Super JET FC of Iseyin at ATORI Stadium, Iseyin.

Super JET FC of Iseyin defeated Golden Boys FC of Ado-Awaye with one to nil in the tournament that lasted for 90 minutes.

Adeola while appreciating the participants at the tournament donated football kits to all teams in all the communities that pertook in the competition.

He however donated cash prize and handed over a medal cup to Super JET FC being the winner of the tournament. Cash prize was also given to 1st runner up as well as 2nd runner up.

The tournament came to an end at exactly 6pm.