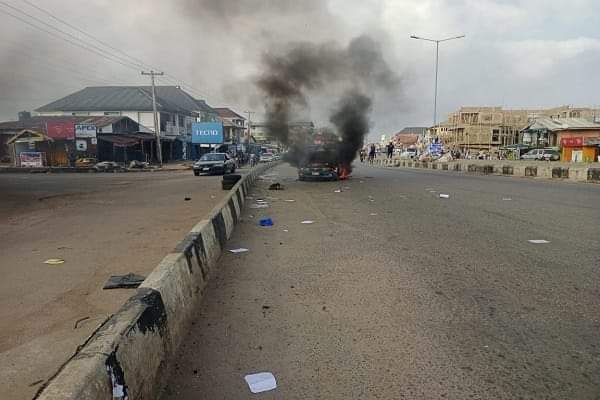 The Osun Police Command arrested 10 suspects over the attacks across some motor parks in the state on the premise of a forceful takeover of the parks.

SP Yemisi Opalola, the Command’s Spokesperson, in a statement, said five guns, nine live and four expended cartridges, and five cutlasses were recovered from the suspects.

“This is to inform the general public that the Osun State Police Command is aware and frowns at the crises that erupted within the National Union of Road Transport Workers (NURTW) in the state in the early hours of (Monday).