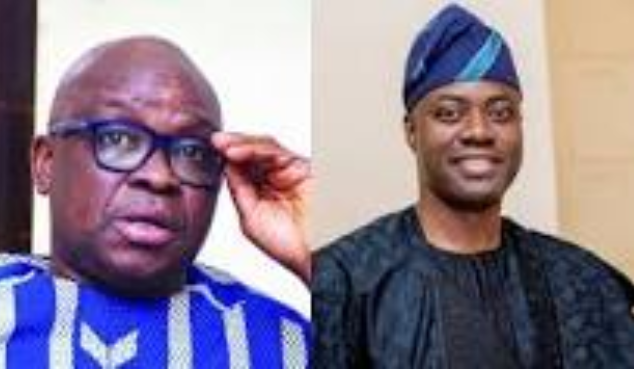 The PDP is falling apart in the southwest as the crisis between Fayose and Governor Makinde worsens – Fayose, former Ekiti state governor, has warned the current Oyo state governor that he will work against him if he continues to disrespect him – The former governor boasted that he played a significant role in bringing Makinde to power in 2019.

He was quoted to have said: “If Governor Makinde continues to disrespect me, I will work against him.” Being the only governor on the platform of the Peoples Democratic Party (PDP) in the southwest, a faction of the party recognised Makinde as the region’s leader. PDP crisis deepens as Makinde, Fayose set to hold parallel zonal congress.

Fayose, who used to be the only PDP governor in the southwest, however, insisted Makinde is not his leader, adding that he played a strong role in his election as Oyo governor in 2019. Makinde who is only serving his first term is constitutionally allowed to run for a second term in the 2023 general elections. The former Ekiti state governor has, however, threatened to work against his re-election if he does not stop disrespecting him. Asked what the problem is between him and Governor Makinde, Fayose said: “He (Makinde) is the one to tell you if there is any bone of contention. In this West, I am his brother, I am his father.” Fayose further boasted that he was the one who presented the PDP’s flag to Makinde in 2019, which, according to him, implies that he is a “senior officer”. The former Ekiti governor said accepting the flag from him indicated that Makinde saw him as a leader at the time.