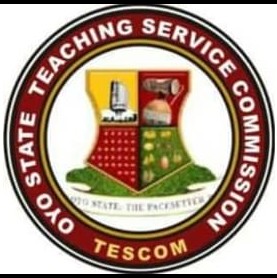 Not less than eight per cent of candidates that sat for the Oyo State Teaching Service Commission (TESCOM) Computer Based Test (CBT) sails through to the recommended pass mark, the consultant for the test has said.

The consultant, Dr Muyiwa Bamgbose, said this in an interview with the Newsmen in Ibadan on Thursday.

He explained that more than eight per cent of the candidates scored 50 per cent and above to pass the test.

According to him, candidates in the sciences do not do well in Biology and Chemistry, describing the performance as worrisome, especially in the two subjects.

“I know that in some of the public discussion fora, some people are complaining; some of them said that the Mathematics questions were too many for them.

“You tell somebody that there are four rooms and there are eight people, how do you want to distribute them? That is a reasoning question and not Mathematics, for instance.

“The reasoning questions were of two types — qualitative and quantitative — those are about eight out of 50 questions.

“Nobody should complain about the results, as a matter of fact, if we are to restrain the test to the subject areas of the teachers, it will not be far from the results we have now.

“Some of them would prefer to be tested in their subject only but that would not make a good teacher.

“A teacher is a leader, so about 40 per cent of the questions are formed from their subject competence.

“If you are a Government subject teacher, then you should be able to teach the students about life’s skills because you’re likely to be more than a teacher such as becoming a principal or vice-principal.

“Then, there are questions on pedagogy; which is the way you teach; and that again is eight questions