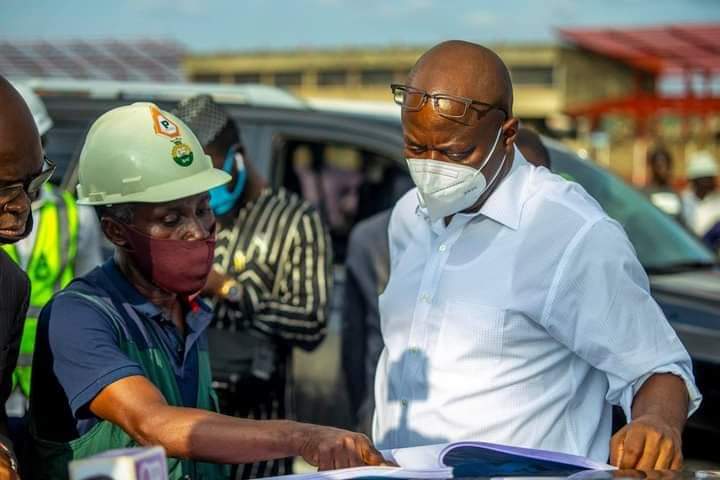 The governor of Oyo State, Engr. Seyi Makinde has embarked on inspection on some ongoing projects in the State.

Earlier yesterday, the governor inspected two ongoing projects: the reconstruction of the 21km Airport-Ajia-New Ife Express Road with a spur to Amuloko and the remodelling of the Lekan Salami Stadium, Adamasingba, both of which were flagged off recently.

The governor while addressing the newsmen after the inspection said both the projects are proceeding at a good pace and that he was satisfied with the quality of work being done.

He however promised the people of Oyo State that he would leave no stone unturned until all abandoned projects left behind by the last administration are completed within a short period of time.