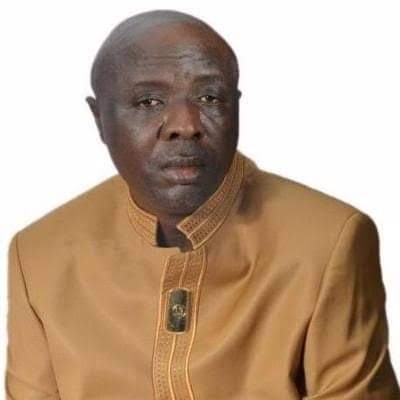 The allegation of imposition of candidates in the forthcoming Local Council election made against erstwhile Senator of Oyo North Senatorial District and the current Chairman of Advisory Council to Governor Seyi Makinde of Oyo State, Senator Hosea Ayoola popularly known as ‘Alleluyah’ has been refuted and condemmed by a chieftain of the party, Chief Adedotun Fatai

The allegation was published by one online news media titled: “EXCLUSIVES: Alleluyah’s Proposed Selection of Candidates for Oyo LG Election May Explode PDP in Oke-Ogun”.

The news medium credited its source to some people loyal to the current PDP Chairman, Alh. Kunmi Mustapha.

In a statement made available to ODUDUWA NEWS today by one of the chieftains of PDP in Oke-Ogun, Chief Fatai Adedotun who was quoted as saying that he did not want to believe that the indictment emanated from the people loyal to the PDP chairman as quoted by the newsmedia but he deemed it imperative to clear the air on the malicious and fictitious allegation made against the reverred and consistent leader of the party in Oke-Ogun, Senator Hosea Alleluyah.

Chief Adedotun Fatai said, in as much as he believed that the source of the news media ascribing to the PDP chairman was a calculated attempt to mislead the public and to fan ember of discord between the two leaders of the party, it behooved on him to set the record straight for the sake of uninformed the report said to have misled.

“In the news report, Baba Alleluyah was alleged of conspiracy and shenanigan to fix the candidates for the subsequent Local Government election in Oke-Ogun at the expense of party primaries”.

“This we see as the cry and hypocrisy of those who are being disturbed by their conscience for the mischievous and tracherous role they played in the last 2019 gubernatorial election in Oyo State”, said Adedotun.

“Their political gimmick of raising dust and crying wolf where there is none is already in public domain and people should not take them serious as they have failed again in their ochestrated plan to soil the name of the leader of the party, Senator Hosea Agboola Alleluyah.

“Our stand remains a level playing ground for those who allow the rule of the game to prevail not those who have clandestine mission to ambush the party for their selfish interest.

“We must however state categorically to the propagandists, that Alleluyah has always remained a consistent, loyal and resilient leader and would not allow anybody to hijack the party for selfish interest.

He however plead to those who have issues with the proposed primary election to go through appropriate channel as laid down by the party rather than raising fallacious and unsubstantiated allegation to the media in an attempt to discredit the whole electioneering process.