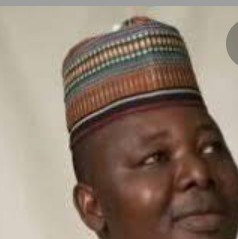 The Oyo State Government has issued a 7-day ultimatum to Traders who sell by the road-side across the State to vacate or face wrath of the law.

Speaking with Aanuoluwapo Omorinde on BOTTOMLINE- a political programme on IBR 92.5fm today, the State Commissioner for Environment and Water Resources, Barrister Idowu Oyeleke said the government can no longer condone the uncivilized act of street trading.
“We want our actions to be corrective and not necessarily punitive but it is getting to a point where we have to allow the law to run its full course”. But of course, warning will precede punishment”.

” What we do is to design a frame work which works. It is difficult to identify individual person trading on the street and you start giving them notice but I have invited most of the market Leaders to my Office and it is this Market Leaders that we served to go and talk to those who believe that the only thing to do is to trade on the street. For instance, go to Sango and Iwo Road, how do serve each person selling on the road a notice per head?” But we have called their leadership so, they will not blame the government when it swings into action”.

He lamented the attack some of these Traders launch on Enforcement Officers whenever they are out to carry out the instructions of the Governor with a promise to deal with perpetrators of the unbecoming act.
“On he Street trading issue, you realize that the Governor of Oyo State, Engineer Oluseyi Makinde some few months back set-up Environment Task Force and not only that, we also have Environmental Task Force Tribunal and the objective of this Task Force is to go round and ensure that people are discouraged from trading on the street and of course they have been working. About four days ago, my people were somewhere in Iwo Road to go and chase people away from the road but what do you find, the people attacked them. A policeman was wounded, his uniform was torn, the Environmental Officers were beaten, we have to take them to the hospital. On waste management, Oyeleke said before the end of the year all houses in the State will be given a Waste bin.

Oyo State Government has put up a good solid Waste Management architecture now and what that entails is that a PSP that is Private Service Provider Waste Contractor has been engaged infact, they have been distributed a route across the State and the implication is that they will be going from House to House. We are going to distribute Waste Bin to all houses. The enumeration has been conducted. We are starting from Ibadan. All houses will have a Waste bin and not only our Houses, even our markets and religious centres”
When asked who will foot the bill, the Commissioner said the government will determine how the money for the bin will be collected but that definitely, the people will pay.