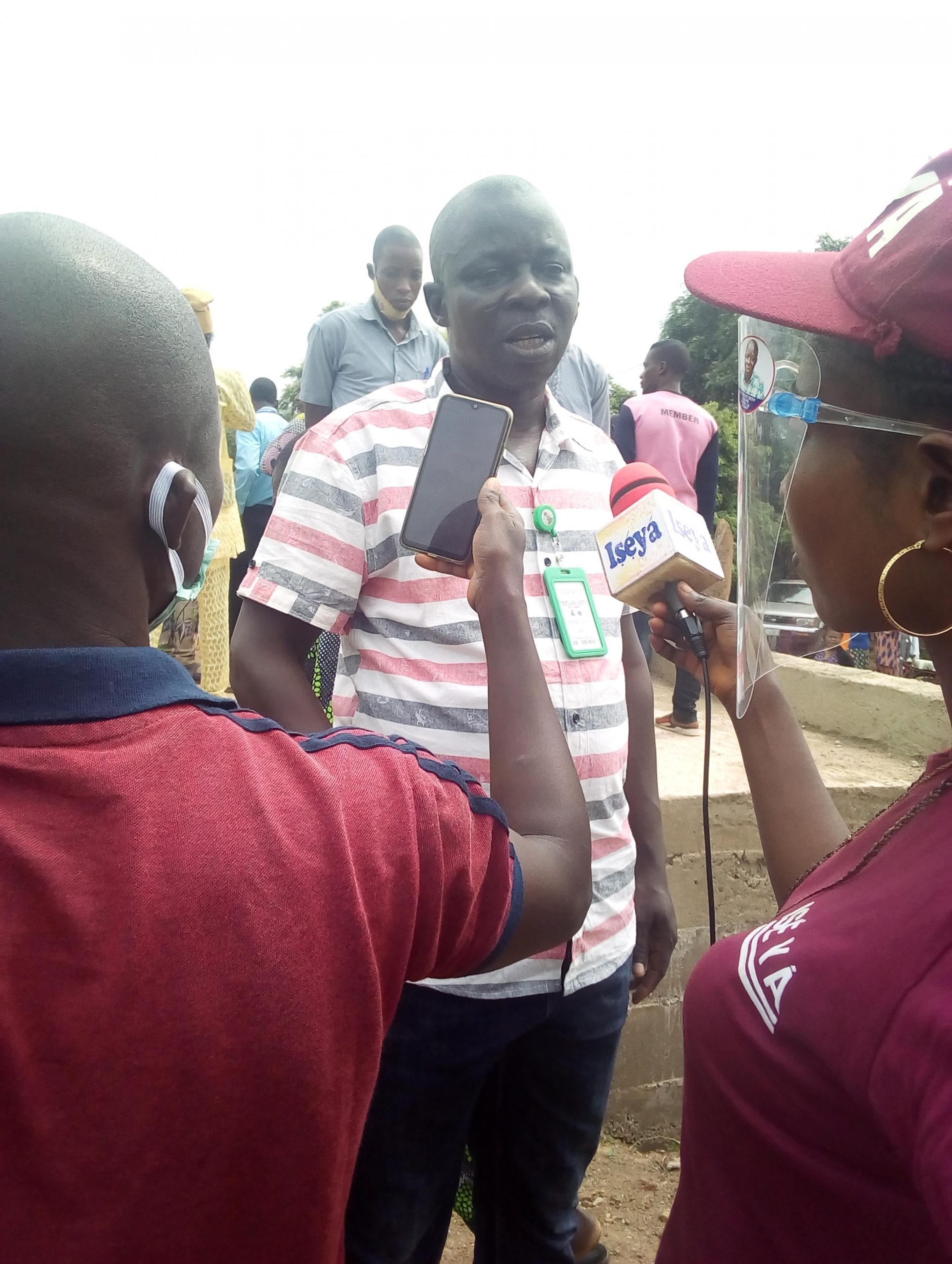 Yesterday, the 20th of August, 2020 was a memorable moment in Ado-Awaye and its environs as the Chairman of Araromi Local Council Development Area of Oyo State, Hon. Timothy Ogunleke commissioned some projects in his council.

The Chairman of the LCDA, Hon. Timothy Ogunleke in his remark, said the Governor of Oyo State announced the list of caretaker chairmen on the 19th of December, 2019 and they were sworn in on the 23rd of January, 2019. He stated that, since the inception of his administration, he has been embarking on developmental projects to ensure that the entire Ado-Awaye and its environs is given a new facelift.

Ogunleke was quoted as saying, “today is historic in Ado-Awaye as we are launching some projects that will bring development to the council. You will recall that when we came on board, the entire town was thrown into darkness as Ado-Awaye was cut off from national grid due to the complete damage of the electric transformer which inhibits flow of power generation to the town. The inability to have power supply has brought untold hardship to the people of Ado-Awaye as all economic actitivities are on the verge of total collapse if nothing is done to restore the power supply for economic development of the town.

“The people of Ado-Awaye told us when we came on board that their only demand is just the restoration of power supply and that if our administration could achieve that, it is enough for them but we told them that we would make sure that all hands are on deck to ensure that the power supply is restored as well as embarking on other meaningful projects.

“We vouched for them that we would not stop at restoring the light but to bring some other developmental projects to the town. 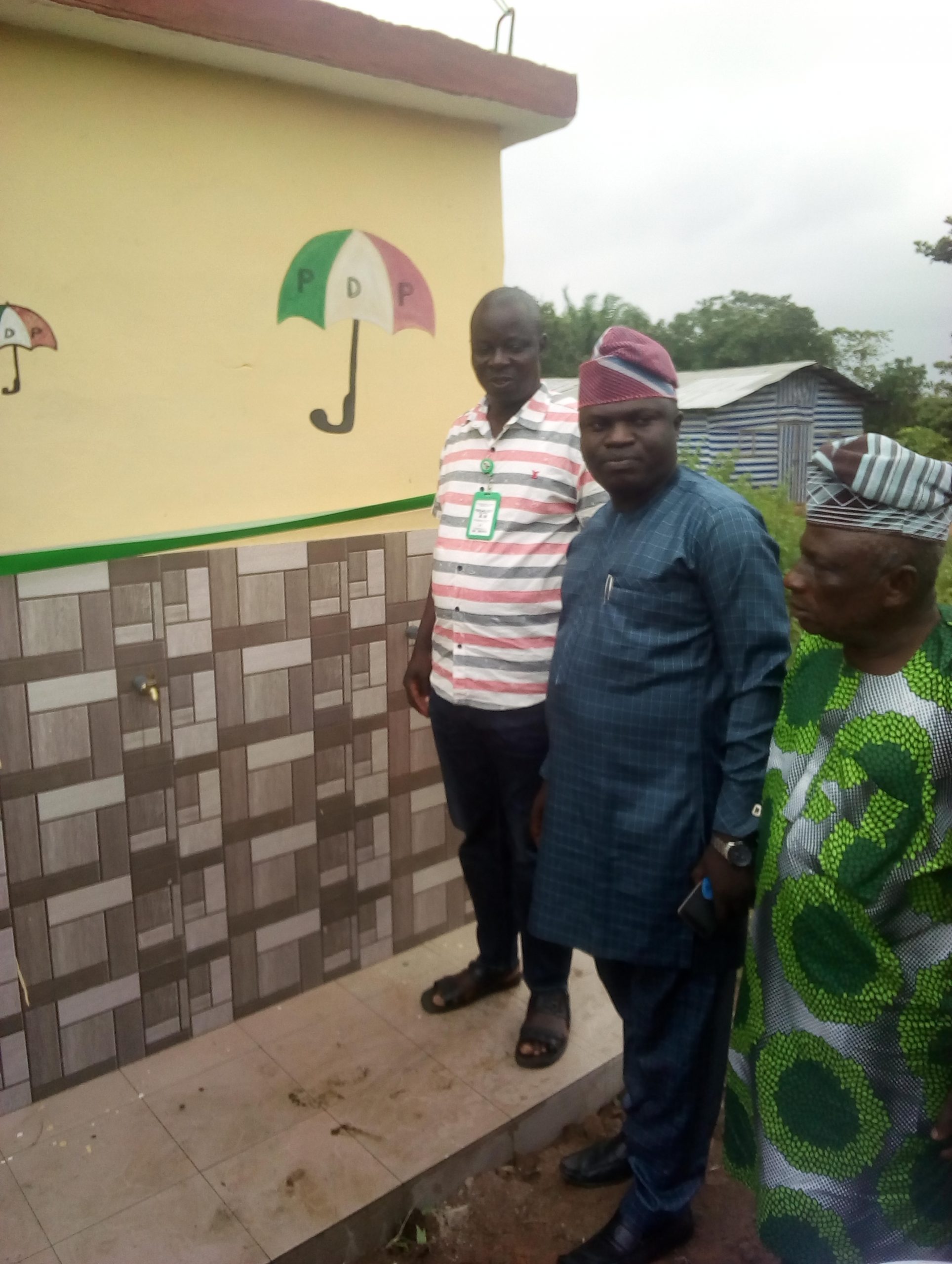 “My good people of Ado-Awaye, today, while we are commissioning the projects as witnessed by PRESS MEN, I can authoritatively inform you that your prayer has been answered and within few weeks your light will be restored”.

He averred further that their administration inherited the power failure due to the damaged electric transformer but as a people oriented government led by the governor of the people, Engr. Seyi Makinde who sees governance as a continuum necessitated him to strive with the efforts of some stakeholders in his party to ensure that not only that the power is restored but also embark on projects that would be commissioned in the presence of PRESS MEN.

The Honourable representing Iseyin/Itesiwaju State Constituency while speaking said, “to the glory of God, the darkness in his hometown which is Ado-Awaye will be restored within few weeks. He said the vision has been achieved as a result of the synergy and cooperation between him and the chairman. Dele Adeola said, all those who want him and the chairman to be fighting could now see that if there is no cooperation between him and the chairman such a monumental achievement that the past administration could not achieve will be a mirage. He thanks the good people of Ado-Awaye for their support since the inception of his administration while urging them to ensure the safety of the new electric transformer whenever it is installed so as to prevent some unscrupulous people who may have it in their minds that such achievement has brought a total shame to them due to their inability to do same in their political dispensation.

Hon. Timothy Ogunleke thanks Senator Hosea Agboola (Halleluyah) for his elderly role and support towards the achievement of the feat. He expresses his gratitude to Hon. Dele Adeola for his outstanding legislative role at the State Assembly towards ensuring that Ado-Awaye light is restored and also appreciates his counterpart at Iseyin Local Government, Hon. Abilawon and other stakeholders.

Hon. Timothy, while rounding up his speech took the PRESS MEN, the people of the town and some other dignitaries to commission some projects he has embarked on which include grading of all roads that are not motorable, drilling of boreholes, construction of a bridge at Osoogun town and others in his local council.