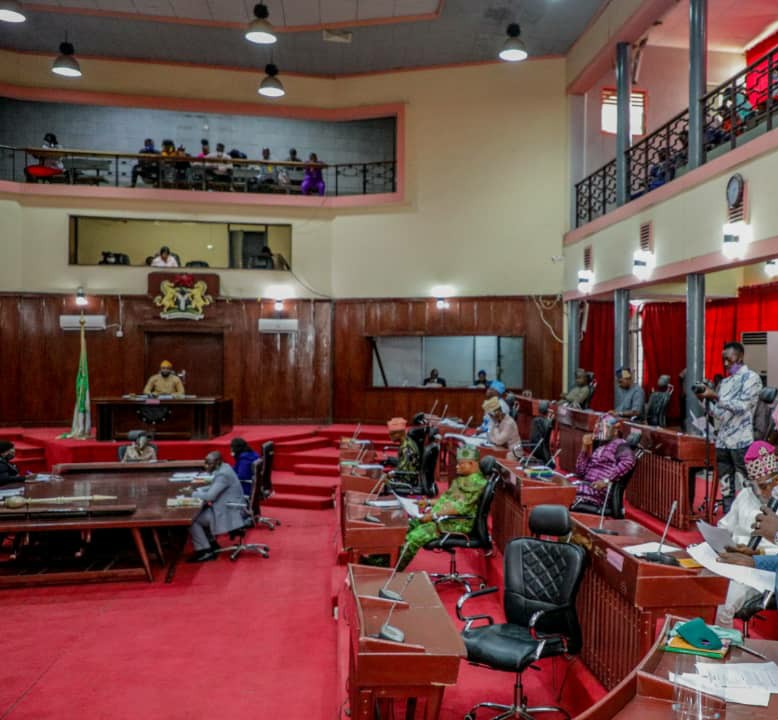 The Oyo State House of Assembly has approved Oyo N100 billion prosperity bond, describing it as an alternative approach of the present administration to finance infrastructural and developmental projects.

Giving the report of the committee on Public Accounts, Finance and Appropriation on the bond during the house’s Thursday plenary, the Committee Chairman, Hon. Akeem Mustapha noted that the bond was intended by government to finance priority projects in the State for rapid socio-economic development of the State.

The State lawmakers who had earlier organized a day seminar to gather more knowledge on bond issuance, payment and the imperative for domestic borrowing, today listed the Ibadan Dry Port/Rail Corridors, Ibadan Airport Upgrade and Expansion, Construction/Upgrade and Equipping of hospital across the three Senatorial Districts in the State, Circular Ring-road, Ibadan and the Construction of the Iseyin-Ogbomoso Road (about 50km) as five proposed developmental projects to be financed with the bond.

Mustapha said, “the bond is to be raised by the Private Company only that the Government gives support to the investors that are to be involved in the Bond issuance.

“During our workshop, there was a consensus opinion that there was nothing wrong in borrowing or bond issuance but what is important is the judicious utilization of the Bonds for the intended purpose. They are projects that have revenue potentials and capable of generating employment opportunities.

“The process towards the actualization of the proposed N100billion Bond commences November/December, 2020 as the target issuance date. Hence, all the five identified projects will be captured in the 2021 budget of the State.”

In his remarks, the Speaker, Oyo State House of Assembly, Rt. Hon. Adebo Ogundoyin recalled that a seminar was held to highlight the benefits and challenges of bonds as well as bring to fore the rationale behind the Oyo Prosperity bond at this time.

The Speaker noted that the Seminar made the lawmakers to be better informed on the benefits and challenges of bonds, repayment modes , interest rates , and their expected roles as Lawmakers in ensuring that funds accruable from the bond are expended on projects highlighted by the state government.

He reiterated the resolve of the ninth Oyo State House of Assembly to continue to perform its statutory function of checking the executive arm of Government, curbing executive wastage and reducing government excesses.

He said, “There are needs for Government to seek and explore alternative means of financing its projects adding that borrowing itself was not a bad idea but insisted that money borrowed must be expended on capital projects that will generate revenue for easy and prompt repayment and not on recurrent expenditures.

“The House must be fully briefed on the bond. A committee will be setup in the house with members selected across Political parties irrespective to monitor the bond. It’s not a party affairs but a state business.

“The idea is to tap into our own potential as a state, so we can create our own success stories and commercial hub.” Hon Adebo Ogundoyin said.