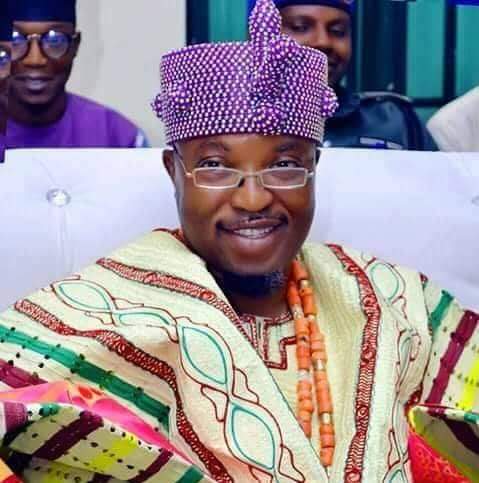 Osa of Iwo, Chief Yekeen Bello, who is the leader of Iwo kingmakers and one of those seeking the dethronement of the Oluwo of Iwo, Oba Abdulrasheed Akanbi has revealed about the generation of the disagreement they have with their king.

The leader of the kingmakers while addressing newsmen said: “The petition was written because of his behaviour and attitude. You can always see that on social media and comments by the public about him are usually very bad. His behaviour is negatively affecting Iwo, Osun State, and even Nigeria in general. If an Oba conducts himself properly, nobody will say no to that. If a king does not respect us, his chiefs and elders in the community, what do you think will happen?

We have tried to condone those things, but we cannot continue like this. He is a disgrace to the community. Many times, we have sat down and talked about it. We have advised him, but still he would not listen. I’m sorry for Alli Ibrahim, Press Secretary to Oluwo, who said we received a large amount of money from somebody or people to remove Oluwo. That is a blatant lie. If we had taken that route, everything would have been over by now. We are also seeking help.”

When asked if the petition has affected the relationship between the kingmakers and the Oluwo, the Osa of Iwo said: “Our relationship is not cordial. If it had been cordial, you wouldn’t have seen the petition. He called for us last Sunday; we went and told him we could not be bribed. Unfortunately, he told us to find jobs that we would be doing. He said the allocation coming from the government is meant for the Oba alone and not the chiefs. I just laughed. He thought we did not know anything. If you investigate, you will know the allocation is for the Oba, chiefs and bales (community heads). He thought we were uncivilised. We are fighting for our rights. He will have to give us our rights. For a chief to be going home with about N4,000 or N3,000 per month is ridiculous. I am sorry to say this. You know, I am second in command to him.”

When further asked if there wasn’t an investigation that was done before Oba Akanbi was selected, he said: “One, he didn’t live in Iwo. Two, Yoruba people would say you can only help a man find a job; you won’t do the job for the person. You see, if I want to get something from you, I will be behaving like a saint but immediately I get what I want from you, I will show my true character. That’s what it is. Nobody thought he would behave like this; I am sorry to say this. I like him, because his father was my close friend and I supported him.

“When this Oluwo wanted to be the king, I had about 3,700 blocks I wanted to use to build a house. In the course of supporting him, I spent the money I had planned to spend on the project on something else. Eventually, the blocks were wasted. But we did not write the petition because of that. It is for the community and all the chiefs, not just about kingmakers. It is just that the kingmakers are expected to lead. I’m regarded as his number one enemy; he does not want to see me at all.”

While reacting to the allegation that someone is paying kingmakers to remove Oluwo, Chief Bello stated: “Look, it is a lie. I already told you that if that were true, everything would have been over. We thought we could sit with him, one-on-one, but now he is taking the matter beyond that. We have given Oluwo’s Press Secretary seven days to mention the man or woman that gave us money to remove Oluwo. If he is unable to do that, he will meet us in court. You know that’s defamation of character. He has to tell us the name of the person and the amount we collected from them.

“We should be 14 but one of us is dead. The 13th man, we didn’t inform him about it because of some reasons best known to us.”

When asked how the problem can be solved, he said: It is very simple; we have not gone on air, but he is already on air. His press secretary has already spoken. What do you want us to do? If he hadn’t spoken to newsmen, things would have been different. I would not have granted you this interview. That’s how it is. Iwo is disintegrated now. Olaoluwa gone, Ayedire gone. The Council of Obas has suspended him. If we are to take that one up, it will be very serious. We are not kids at all, but we have to play it cool, not because of him but because of the Iwo community.

“The Council of Obas has already suspended him. We are not going back (on that). We still stand by our position that he should go because he is not ready for amicable settlement of the issues; instead, he is going on air, damaging our names and characters.”