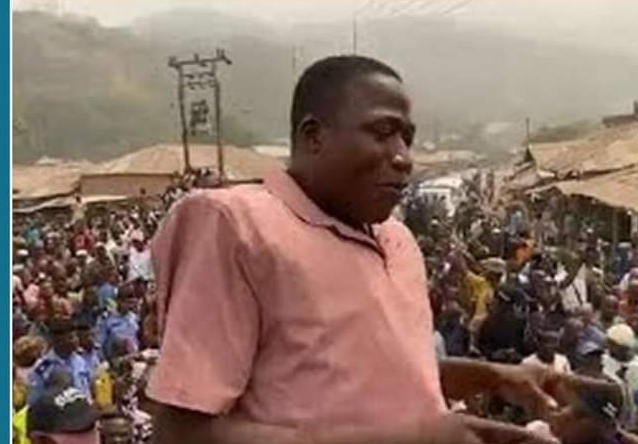 The former Commissioner for Justice under the administration of Late Gov. Isiak Abiola Ajimobi, Barr. Mutalubi Ojo Esq has commended Gov. Makinde for towing the same path Ajimobi towed in caging Sunday Igboho. This was contained in article written by him and shared on social media today which reads in part:

“I remember that during the 2015 election campaign , he came to meet Senator Abiola Ajimobi at his Oluyole Estate residence.
We were about going to the Governor’s office when some of our cabinet members alerted the Governor of his presence.
Senator Ajimobi in his usual style said, ” Ogbeni Igboho abi Ikirun ni won de ma n pe e, kin lo n wa nibi?”

“Sunday knelt before him and said, ” Sir, I want to be part of your campaign team. You have done well for Oyo State and I also want to support and help you to win the second term Sir”

“So, what am saying is that our own type of politics is based on intellectual engagement and not brute force. Therefore, I don’t have any need for you at all. O daabo Mr. Igboho.
Dayo, where is Dayo? Please give Igboho N500,000 to buy fuel and fun n kan alejo.
Let’s go my people “

“Am happy that GSM is towing and treading the developmental and intellectual politics of Senator Abiola Ajimobi now and he should not give room for distraction at all.
GSM has handled the Igangan matter excellently well and I commend him for the umpteenth time”.