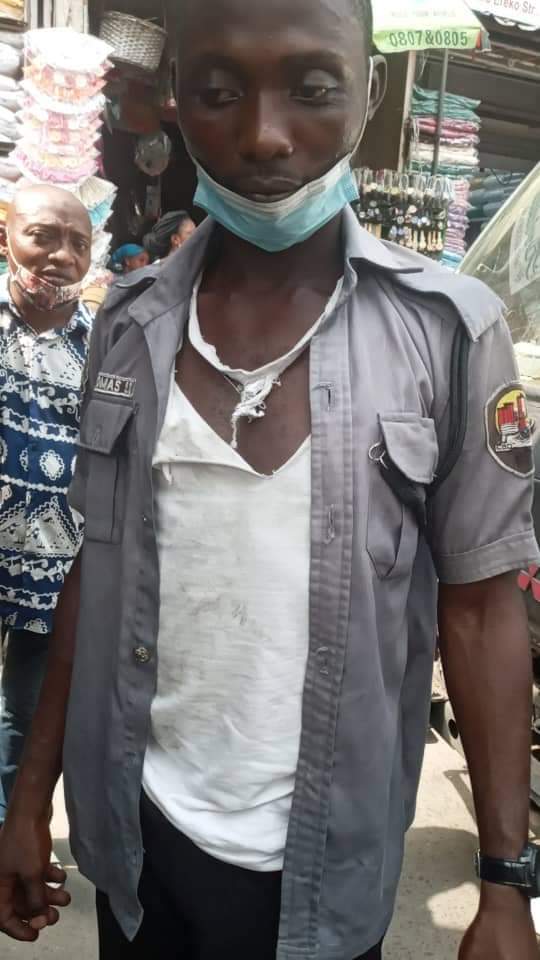 The Special Adviser to the Governor on Central Business Districts, Mr. Olugbenga Oyerinde, has again decried the incessant attacks on its personnel by commercial bus drivers, hoodlums and miscreants within the Lagos Island Business District.

Oyerinde, while reacting to the recent attack on a CBD enforcement officer on lawful duties within the district, warned those responsible to desist as the present administration is determined to deal ruthlessly with anyone involved in the despicable act.

In his words: “The Agency will not succumb to any act of intimidation and hostility while carrying out its duties within the business districts. The barbaric attack on enforcement officers by commercial vehicle operators and area boys is totally uncalled for and it is condemnable in every aspect”.

“Hoodlums and miscreants encouraging commercial drivers to flout government directives against one-way drive will not be condoned. We are strengthening our enforcement unit to ensure that traffic regulations are obeyed by motorists. This a note of warning to everyone planning a similar attack to have a rethink or have themselves to blame”, he added.

The Special Adviser reiterated that it is unlawful for anyone, especially commercial bus and cab operators as well as private car owners, to park indiscriminately on the roads, bridges and streets within the Lagos Island Business Districts, stressing that individuals contravening environmental and urban planning laws will be apprehended and prosecuted.

While revealing that the unfortunate attack on three of its personnel occurred during enforcement of the one-way Traffic Law on Carter Bridge inward Lagos Island from Iddo, the Special Adviser called on the leadership of transport unions within the district to caution their members against flouting the traffic rules and regulations, as well as attacking CBD officers on duties within the district.