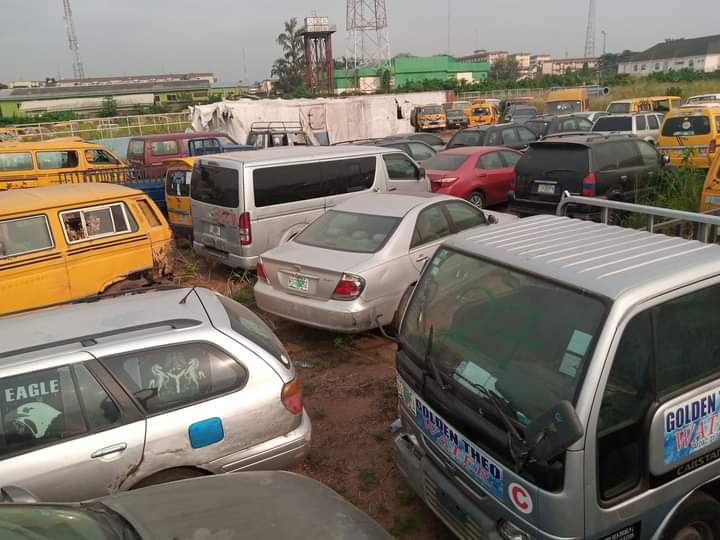 Speaking to journalists at the Auction, held at the premises of the State Taskforce in Alausa, Ikeja, in accordance with the forfeiture order of the Court, the Coordinator, Lagos State Special Offences Mobile Court, Mrs. Arinola Ogbara said the process was transparent.

She revealed that some vehicle owners, whose cars were among those impounded, have been told to pay a fine to retrieve their cars based on the strength of evidence they presented at the Mobile Court.

According to her, the State government will continue to clampdown on recalcitrant motorists who have a habit of driving against traffic (one-way) in violation of the Traffic Law, stressing that there is an urgent need to sanitise the State of reckless drivers who break the law with impunity.

On his part, the Chairman of the State Taskforce, CSP Shola Jejeloye, said the exercise was not meant to punish but to enforce compliance with the Law among vehicle owners, adding that the practice of driving against traffic in flagrant disobedience of the law has impeded the free flow of traffic on major roads across Lagos.

“I do not see what we have come to do today as an auction but as a correction and deterrent for some road users. The Lagos Commissioner of Police has instructed us to go out there as policemen and do our best to ensure a free flow of traffic on Lagos roads”, he said.

The well organised and transparent public auction, conducted by a licensed Auctioneer, Mr. Ade Onanuga of CR Limited Auction House, was witnessed by the Chairman of the State Taskforce, the Coordinator of the State Special Offences Mobile Court and representatives of the Ministry of Justice as well as members of the public.