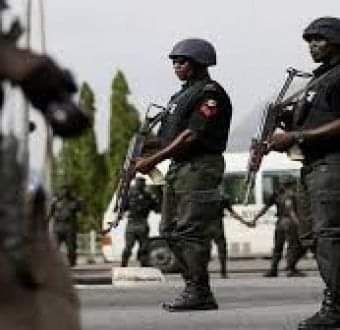 It was gathered that the suspected armed hoodlums, suspected to be Fulanis, were arrested in the early hours of Sunday at Ofiki River along Tapa/Igangan road in the Ibarapa North Local Government Area of the state.

Sources confirmed to newsmen confirmed that the armed Fulani were invited to strike by their kinsmen in the area following the raid carried out by the men of the Oyo State Security Network Agency known as Operation Amotekun in the axis on Saturday.

Amotekun said it raised hideouts of kidnappers in the area on Saturday leading to the death of three persons while one of its men was also injured.

The security outfit said the raid was carried out in collaboration with Miyetti Allah Vigilante, hunters, and others.

When contacted, the Police Public Relations Officer, Mr Olugbenga Fadeyi, promised to get back to our correspondent but was yet to do so as of the time of filing this report.

However, the Coordinator of Odua People’s Congress in Oyo State, Rotimi Olumo, confirmed the incident.

The OPC coordinator in Ibarapa Zone, Olanrewaju Ogedengbe, when contacted said the armed men were loaded in three buses.